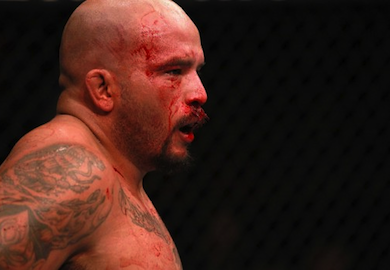 Former UFC light-heavyweight Joey Beltran may be a journeyman by most accounts, but his entertaining, kill or be-killed style, grants him the credibility to sometimes be the exception, rather than the rule.

The “Mexicutioner” is set to fight for the Bellator light-heavyweight title and with a record of just 2-5-1 over his last eight bouts many question Bellator’s decision to book him opposite their champion, Emanuel Newton.

“Newton has been waiting a long time because he was in the tournament format, which is one of the downfalls of the tournament because now the champion is waiting six, eight months – maybe a year… We feel like, ‘Look, this guy (Joey Beltran) is a scrapper, and he always brings it, so let’s get it on.’ You know what? You never know what’s going to happen in a fight.”