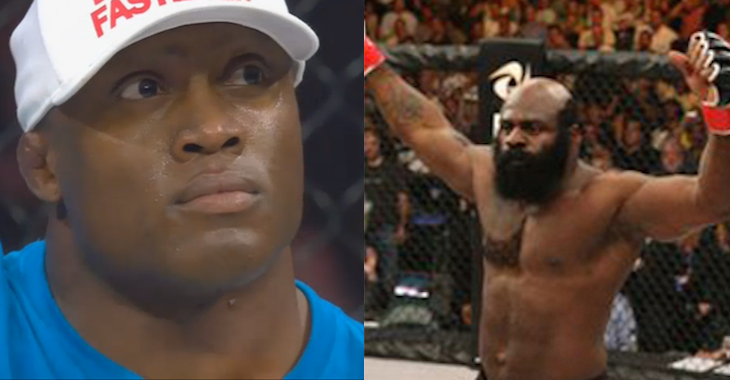 Bellator houses some of the biggest, most intimidating heavyweights in the sport. Say what you will about their move set; If you were standing in an alleyway and encountered Kimbo Slice or Bobby Lashley, you’d run the other way.

Slice and Lashley are teammates who train at American Top Team, but are also among the top big-men in Bellator. Both men will be fighting on the main card of this Friday’s Bellator 138. Slice is preparing to step into the cage to face veteran Ken Shamrock while Lashley will be facing Dan Charles.

If both men walk out with their hands raised, we could see teammates fighting in Bellator.

“Yeah, you know business is business and he understands it. He gets it all,” Lashley told Submission Radio. “So how I look at it, I mean some people would never do it. For me, I’m a little different. I mean at the end of the day we’re all out here trying to feed our families, and if that’s a good fight and that’s a fight that they want, I’m up for it.”

Lashley wanted to make it clear that it wouldn’t be a blood feud; the two heavyweights would remain friends throughout and would kick off the bout with a handshake