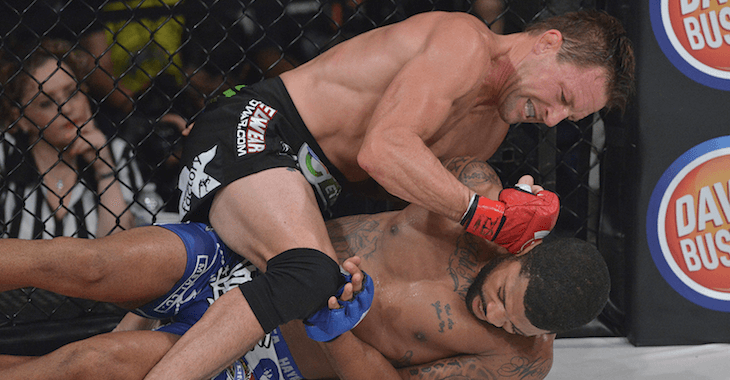 This past Friday, at Bellator 143, bantamweights Joe Warren and LC Davis fought in the night’s main event to determine the number one contender and the next time challenger.

It was Warren, the former champ, who came out on top after three rounds of grinding grappling work. He got Davis down early and often and for the most part kept him there. However, pretty early on in the fight Davis suffered an eye poke from Warren. He took the usual time out and the referee continued to ask him if he was fine. It was noticeably red, but he said he could see and everything was good, so they continued to fight.

In a recent tweet from Davis he confirmed that he did suffer a corneal abrasion and a conjunctival laceration. So he didn’t win, but you’ve got to give the guy credit for gutting it out and continuing to fight for two rounds with that kind of injury.

My last fight I fought through a broken jaw.. This time I fought 2 rounds with a cut eye ball Corneal Abrasion +… http://t.co/S2iaAUhOoT