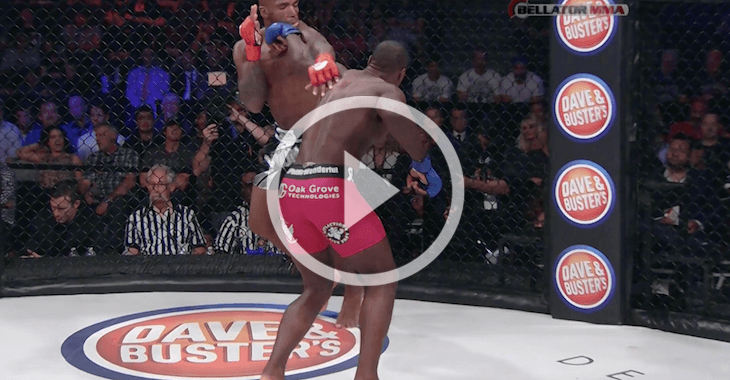 Check out the video below showing a behind the scenes all access look at Bellator ‘Dynamite’ from this past weekend.

In the main event we saw Tito Ortiz take on Liam McGeary. Ortiz looked good early but ended up getting trapped in an inverted triangle and tapped out.

Also that night we saw the one-night, four-man tournament go down. Former UFC light heavyweight Phil Davis made his Bellator debut and ended up winning the whole tourney, earning the next title shot.

The night was also full of kickboxing matches and some other exciting MMA action. Check out the video below to see all the happenings from behind the scenes throughout the night.

‘Take an all-access look at DYNAMITE 1 and go behind the scenes at one of the biggest events of the year from the SAP Center in San Jose, CA.’