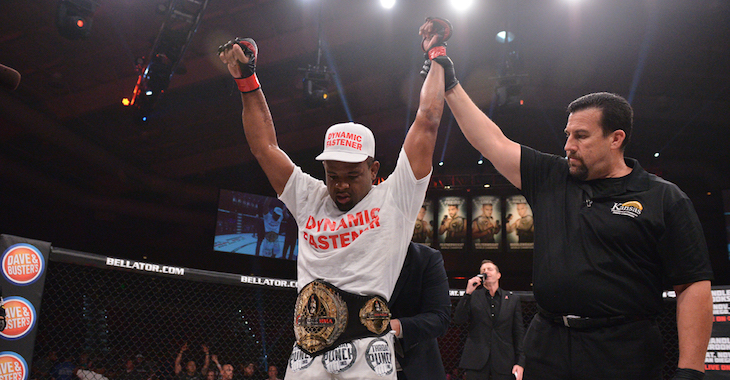 Puff, puff, pass. Former Bellator Middleweight Champion Emanuel Newton lays down the facts about why he failed his drug test after his Bellator 134 title defense against Liam McGeary. Newton was recently a guest on Fightbook.com’s podcast and admitted to smoking weed days before the fight!

Newton started, “Obviously, everyone just saw that I just tested positive for marijuana after my last fight. I was smoking like three days out before that fight.”

Newton went on to admit that it was not a smart thing to do, but he claimed that he can still perform well despite smoking days away from a fight. “It was not very smart and I thought I had everything under control. It just goes to show that I can train two weeks for a fight, smoke weed, and still go out there and fight five rounds and still win fights.”