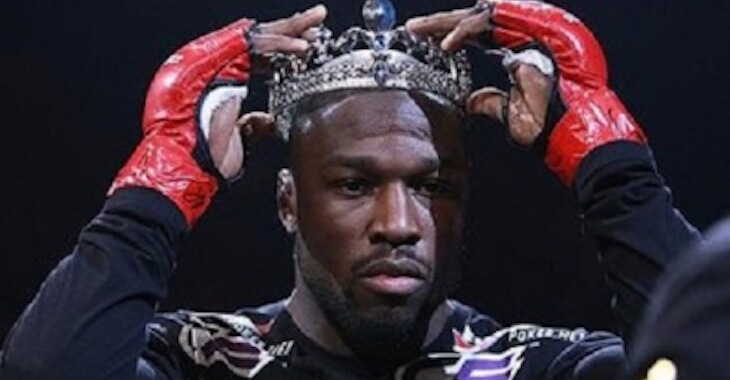 In the first fight on the main card ‘King Mo’ Lawal took on Linton Vassell in the night’s opening tournament fight. The winner of this would move on to face the winner of Phil Davis and Emanuel Newton.

There’s no question Vassell is the massive underdog in this tourney going into it.

Remember these tourney fights are only two rounds.

Vassel came out throwing a few jabs. Mo caught him with a big shot early that dropped him. He managed to get to his feet quick. Both men kept a pretty clam and steady pace. Mo landed several times with big pushes. Vassell threw out pretty slow jabs and straights while Mo looked to knock his head off with every punch he threw. And he came close to doing that too. Vassell was really hurt towards the end of the round.

In the second round Vassell did a much better job keeping Mo on the end of his punches. He also picked up his pace a little. Vassell landed a body kick a few times. Mo still looked to land that big punch. Vassell shot in with about two minutes left and got the takedown. He tried to get to Mo’s back but Mo got up and reversed, earning his own takedown. Vassell got to his feet but Mo kept him on the cage and took him back down. With 10 seconds left they got to their feet, but didn’t throw anything.

RESULT: ‘King Mo’ wins via decision (no scores announced, moves on in tournament)