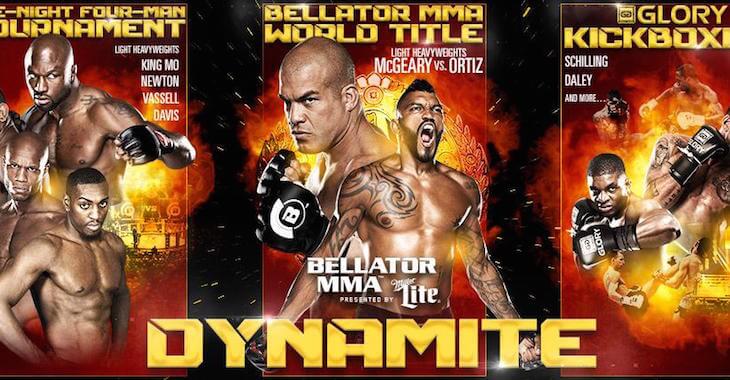 So there’s some good news and some not so good news when it comes to Bellator’s ‘Dynamite’ event this past Saturday.

The event, which featured GLORY kickboxing and MMA action also had a four-man, one-night light heavyweight tournament, debuts of Josh Thomson and Phil Davis, and a main event between champ Liam McGeary and Tito Ortiz.

The event pegged as sort of the promotion’s super bowl, as they plan to hold one once a year.

Unfortunately, it didn’t exactly bring in super bowl type numbers. Actually it failed to even perform well as far as recent Bellator standards. According to The MMA Report, ‘Dynamite’ brought in an average of 800,000 total viewers and peaked at 930,000 viewers.

To put that in perspective, it’s the lowest numbers brought in by an event under the Scott Coker era.

On a positive note, the event did break both attendance and live gate records.

The show was quite the feat and was certainly an interesting concept. So why didn’t viewers tune in? It’s hard to say, but if you think about it, the casual MMA fan probably has little to no interest in kickboxing, which was half of the appeal of the special event.

Give your thoughts on the event, did you watch it and what did you think?