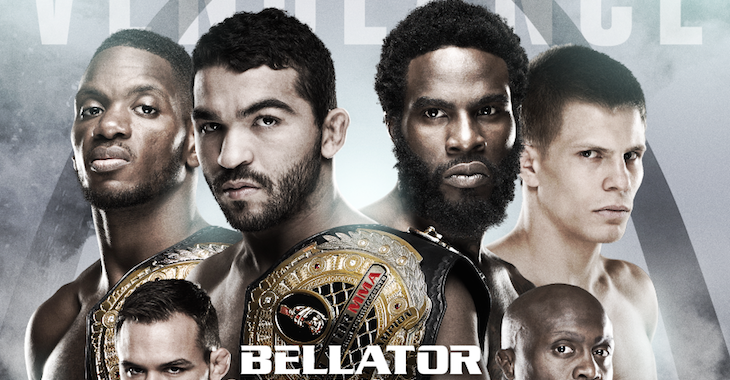 The next ‘tentpole’ event for Bellator MMA will go down on Nov. 6, with ‘Bellator 145: Vengeance.’

The event will feature two title fights, in the co-main and main event. Will Brooks will defend his lightweight title against Marcin Held before bantamweight champ Patricio Freire takes on challenger Daniel Straus for the third time.

SANTA MONICA, Calif. (August 14, 2015) – Bellator MMA’s Featherweight Championship will be defended in a trilogy contest between incumbent titlist Patricio “Pitbull” Freire (24-2) and former champion Daniel Straus (23-6, 1 NC) when the two square off in the main event of “Bellator 145: Vengeance” at Scottrade Center in Saint Louis on November 6.

In a fight also worthy of main event billing, Will “Ill Will” Brooks (16-1) will look to defend his 155-pound belt when he meets submission specialist Marcin Held (21-3). Fans who tune-in to “Bellator 145: Vengeance” on Spike will also be treated to lightweight Michael Chandler (13-3) and heavyweight Bobby “The Dominator” Lashley (13-2) competing inside the Bellator MMA cage. Opponents for both fighters will be announced in the coming weeks.