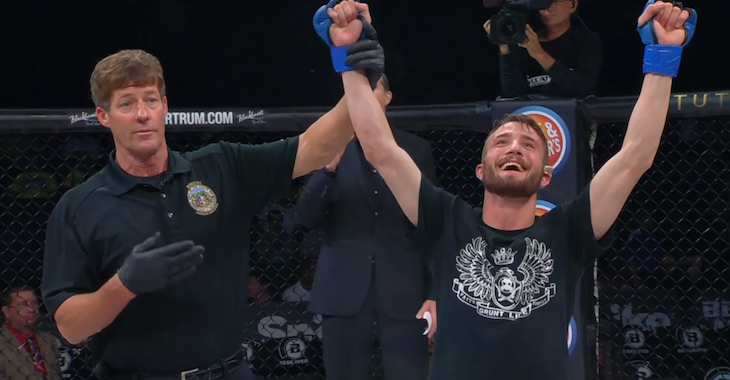 The first fight of the night went down between Miles McDonald and Dan O’Connor.

O’Connor used big punches and leg kicks consistently. McDonald’s footwork looked off and ate a lot of shots from O’Connor.

In middle of the third, O’Connor shot in for a takedown and ended up paying the price. McDonald stuffed the shot and from there worked his grappling game.

He positioned himself and ended up getting full mount. McDonald threw punches and elbows until he was able to transition to the back after O’Connor gave it up to him with 30 seconds left in the fight.

McDonald took advantage and locked in a rear naked choke. O’Connor was forced to tap. McDonald is the first flyweight winner for Bellator.