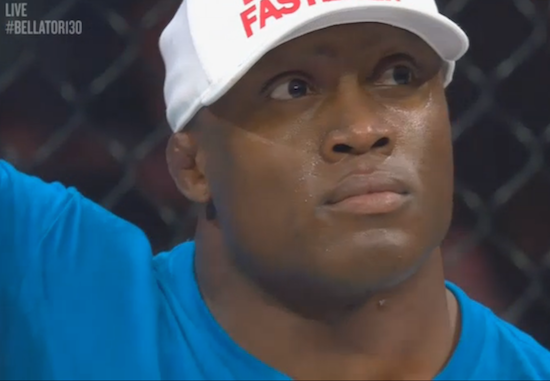 Bobby Lashley remains undefeated in the octagon with a victory over Karl Etherington! The win came by way of TKO in the first round.

Etherington had Lashley pressed up against the fence and attempted a judo-throw. The throw did not go as planned, however, as Etherington got tripped up and was the only one on the canvas when all was said and done.

Lashley jumped on him and blasted him with punches. Etherington was covering up, but could not improve his positioning at all; if he were to move his hands Lashley would have blasted him clean on the side of the head. The referee stepped in after Etherington tapped out due to strikes.

Bobby Lashley def. Karl Etherington by way of TKO (Strikes) 1:31 of Round 1