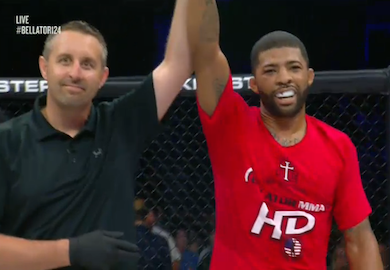 The casual mixed martial arts fan may not have appreciated this bout, but a diehard would have noticed the skill it took from LC Davis to shut Zeilton Rodrigues down the entire fight.

Rodrigues had nothing for Davis throughout their fifteen minutes of fighting. Davis took him down at will and transitioned to side control often to avoid the guillotine. Davis did not do much on the ground, but he stayed busy enough to not get stood up by the referee.

Davis did a fantastic job at creating an offense by neutralizing Rodrigues’.