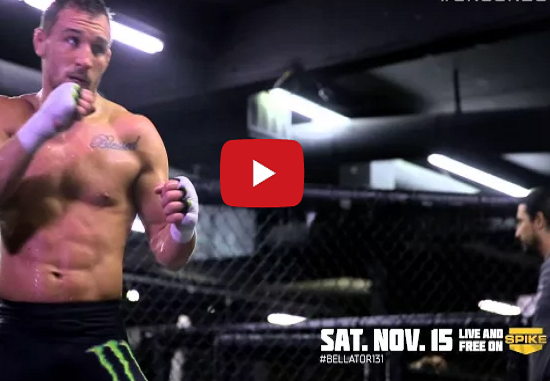 Go ‘5 rounds’ with former Bellator MMA champion Michael Chandler as he answers 5 questions on various topics ahead of his Bellator 131 bout against Will Brooks for the vacant Bellator lightweight championship.

The Bellator MMA lightweight strap was vacated by Eddie Alvarez earlier this year when he left Bellator and signed with the UFC, where he lost his debut bout to Donald Cerrone at UFC 178 last month.