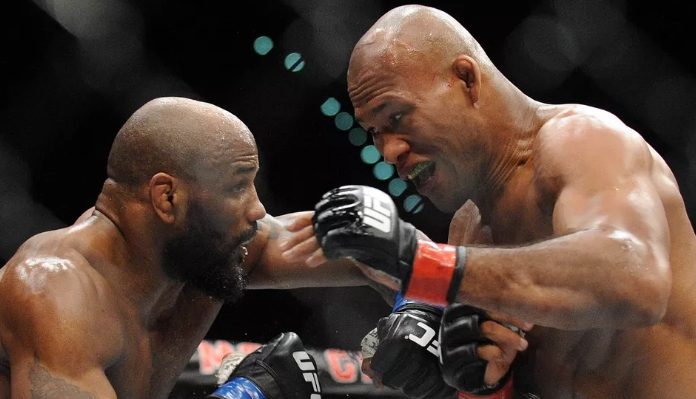 The UFC heads to Florida in late April for what looks to be a rather exciting card from top to bottom.

At the very top, , there has been a change in the card’s originally expected main event.

The UFC was hoping to have two-time middleweight title challenger, Yoel Romero (13-3) taking on the rising contender Paulo Costa. A match-up that was proposed for UFC 230 in November 2018. The bout never came together due to Romero having a broken orbital.

ESPN has now confirmed that Romero will headline the Sunrise, Florida event on April 27 opposite Ronaldo “Jacare” Souza (26-6).

The bout will act as a rematch of their first encounter back in 2015 at UFC 194. Romero would win the meeting via very close split decision,

Since then, Romero has gone 2-2 with victories over former champions in Chris Weidman and Luke Rockhold. His two losses both came to the current champion, Robert Whittaker.

As for Jacare, he is 4-2 since their clash and has scored finishes in all four of his victories (three knockouts, one submission). One of his losses also came at the hands of Whittaker with the other in a back and forth war with top contender Kelvin Gastelum at UFC 224 in Brazil.

It should be exciting to see how a rematch between Yoel Romero and Jacare Souza unfolds over the course of five rounds this time rather than three.

As for the rest of the UFC Sunrise event, the card currently shapes up as follows.