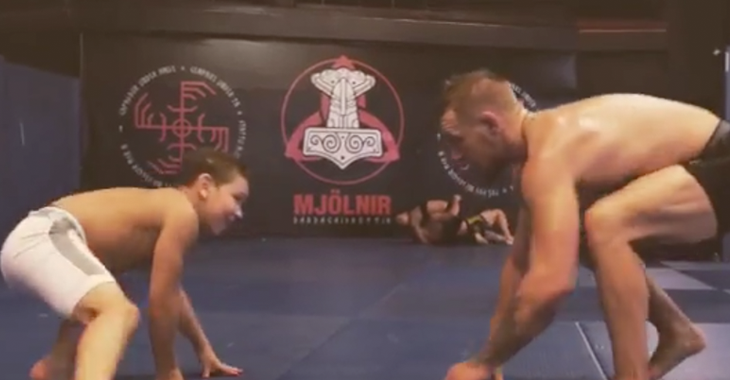 Even with being the biggest draw in the UFC, featherweight champion Conor McGregor still made some time to train with a young MMA prospect in Iceland.

Mjölnir MMA posted the video of “The Notorious” and Mikael after McGregor was in Iceland with his team training. The video was captioned, “Conor McGregor sparring with future star Mikael in Mjölnir MMA @mikkiaclipen @thenotoriousmma #mjolnirmma #conormcgregor #ufc”

Fans of McGregor are waiting to hear what will be next after he was pulled from UFC 200 for refusing to take part in media obligations to promote the important card.

What would you do to train with Conor McGregor? Tell us by leaving a comment!