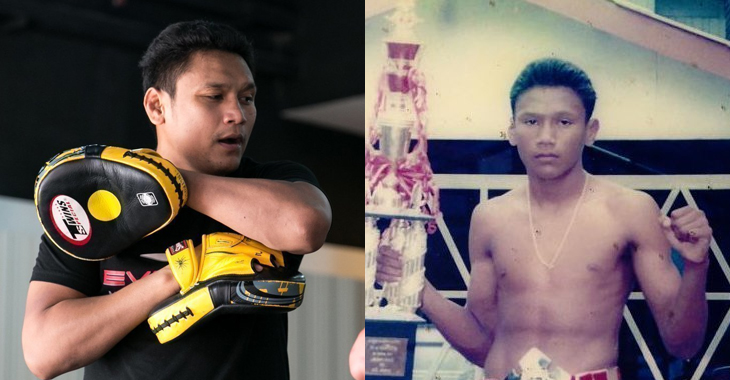 This article/video was first published on Evolve MMA.

There are many inspirational tales in martial arts. Stories of valor and bravery, overcoming defeat and turning it into triumph — this is what martial arts is all about. Martial arts teaches the values of respect and honor, and it also teaches perseverance. Perseverance is when one simply refuses to end any dream in failure.

Enter Muay Thai champion Nonthachai Sit-O, who once faced giving up on his dream until he grit his teeth and pushed through the adversity to become successful. In a video created by Evolve MMA, Nonthachai’s inspirational life story is detailed. It is revealed that at 9-years old, Nonthachai discovered his love for Muay Thai at an early age. In order to help his family dig themselves out of the trenches, Nonthachai looked to compete professionally to earn money.

He didn’t have much success at first. In fact, Nonthachai lost his very first fight via technical knockout. Nonthachai made roughly only $2-dollars for that fight, but any amount would help put food on the table.

Despite the loss, Nonthachai continued his pro Muay Thai career. He ended up losing his first 12 bouts in a row however. After losing his 12th pro fight, his trainers basically gave up on him and told him to quit. He almost did.

Never Give Up On Your Dream

WATCH: Get inspired by the truly incredible life story of how Muay Thai Legend and multiple-time Muay Thai World Champion Nonthachai Sit-O from the EVOLVE Fight Team overcame failures and setbacks to achieve his dream! (VIDEO)https://www.evolve-mma.com

On his way out the door, Nonthachai was given another chance but he would have to do so without aid from any of the trainers or fighters at the gym. He was essentially training alone.

Nonthachai trained and trained until he got better. When a new trainer at his gym believed enough in Nonthachai to resume training him, that’s when his life turned for the better. From then on, Nonthachai started winning. He won five fights in a row and was then given a title shot.

Nonthachai went on to win the title and became a Lumpinee Stadium legend.

Today, he is a trainer and member of the prestigious EVOLVE Fight Team in Singapore, living his dream while being able to provide his family with a better life.

Just goes to show that anything can be achieved if you never give up and just keep trying your best. Nonthachai’s inspirational story is certainly one for the books, and serves as motivation for anyone going through difficult times.