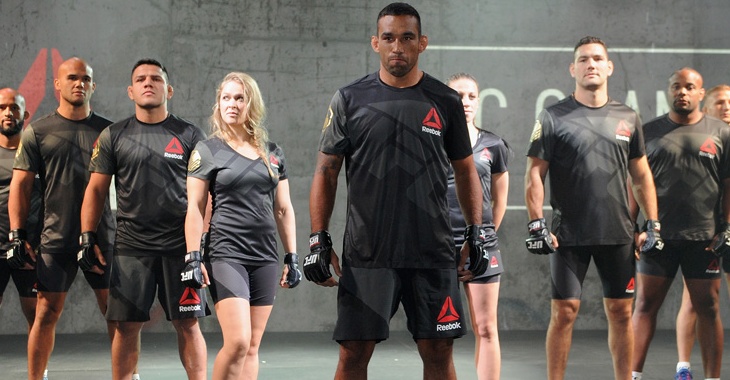 Looks like the UFC may have heard enough of the complaints about the Reebok deal! Many fans and fighters have been highly critical of the deal since it was made in 2015. And now as we head into 2018, they are making some well-needed changes. Instead of just getting rid of the deal altogether(as a majority wanted and probably will still want) they are tweaking it so that the pay structure from Reebok is enhanced. The UFC sent the new guidelines regarding the change out to the entire roster and here’s the difference: Fighters who have had three or less fights under the UFC currently get $2,500. The new guidelines state that those fighters will now be able to earn $3,500 per fight. Fighters with four or five appearances will make $5,000. Those with four or five currently get $2,500 as well as the three or less.

“This gives the shorter-tenured fighters on our roster an increase,” Epstein said. “We felt this was the most impactful, meaningful way to get more money to our athletes.”

“We always want to hear from the athletes,” Epstein said. “I know we’re trying to do the right thing every day in the UFC. Our heart is in the right place. Listening to the athletes is a big part of that, and part of the changes we’re making today are a reflection of that.”

In regards to sponsorship packages within Reebok:

“We sort of made that bet going into this thing,” Epstein said. “We were somewhat successful with [Monster Energy], which is a great example of what we want to do. Yes, they’re paying the UFC money as part of an integrated sponsor package, but they’re also paying a dozen or more athletes individually. We’re hopeful we’ll get more of those going forward.”

Speaking on fighters who have left for Bellator due to dissatisfaction with the Reebok deal(examples: Rory MacDonald, Gegard Mousasi)

“That’s the good thing about choice,” Epstein said. “You can go wherever you want and wear whatever you want. That’s the choice of an athlete. I feel like this is a high-quality program, and it’s great for everybody to have a clean presentation, but I respect their decision if there are other opportunities out there for them.”

“Nothing is set in stone,” Epstein said. “We’ve made these changes and there is certainly a possibility of things changing in the future.”

Some of the other guideline changes include: required for fighters to give four days of “advance” media promotions, six hours of “fight week” promotion and one hour of “postfight” promotion. Fighters who are booked for main or co-main slots are required to allow UFC recording access eight days prior to their fight. The UFC also can request two eight-hour commercial shoots on days of their choosing. The UFC reviews its company guidelines on a regular basis, Epstein says.

This is certainly a step in the right direction! Of course, fighters will always be grossly underpaid, especially for such a sport like MMA. Therefore everyone will always have differing opinions on what needs to be done to fix this or that. But it’s definitely nice to see some positive change being made in any way regarding the fighter pay.