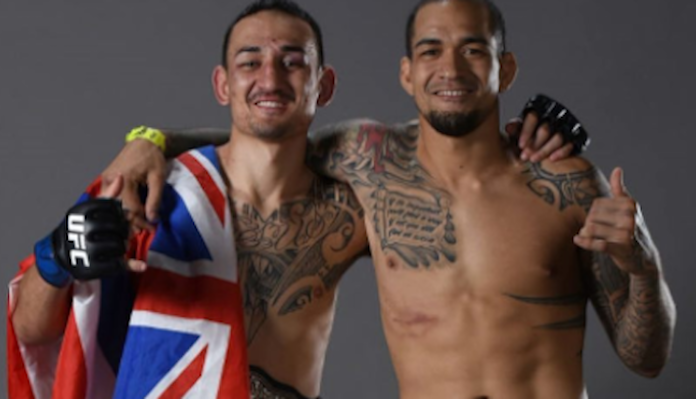 Back at UFC 236, UFC featherweight champ Max Holloway made his debut in the UFC lightweight division, taking on Dustin Poirier for the interim lightweight strap. Unfortunately for the Hawaiian and his ever-growing fanbase, this move to lightweight didn’t go as planned, as he lost a unanimous decision to Poirier and saw his 13-fight win-streak disintegrate in the process.

He’s still optimistic that lightweight is a great division for Holloway, and that the featherweight champ would have performed better with a longer camp.

“For Max, it was like a six-week camp, and I think he did great off a six-week camp,” Medeiros said. “No excuses, I’m just saying Max having a longer camp? Way different results, I think. Not saying it would alter the win or the loss but if he had 13 weeks to train for Dustin. A lot more variables to take place.”

Do you think Max Holloway has what it takes to eventually capture the belt in the lightweight division?