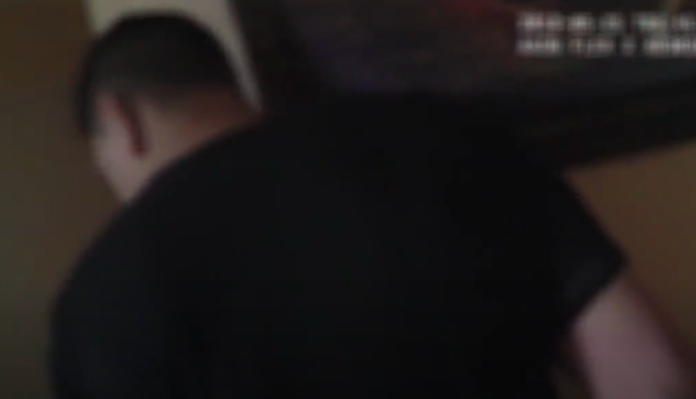 Back in May of 2018, UFC star Nick Diaz was arrested after a woman claiming to be his on-again, off-again girlfriend accused him of assaulting her. Although Diaz has since been cleared of all wrongdoing, he was still arrested on the night of this ordeal.

MMAjunkie has obtained the police bodycam footage from the night of Diaz’s arrest, and it shows the fighter being compliant, obedient, and adamant that he is innocent.

While Nick Diaz is well-behaved in this incident, the video shows that his arrest was not without drama. At one point, the fighter managed to maneuver his cuffed wrists out from behind his back and onto his lap, which prompted a firm warning from supervising officer Bryce Martinez, who’s bodycam captured the ordeal.

“Nick, I’m going to be real frank with you, man,” said Martinez. “I do not want to drag you out of here, put a spit mask on you, embarrass you. … So put those cuffs back under your back.”

“Make those decisions for me. I cannot be making them for you, OK? Good talk.”

Throughout the video, Nick Diaz maintains his innocence, and is generally cooperative with officers — a glaring contradiction to earlier reports that he was bellicose and uncooperative.

“I really didn’t do anything,” Diaz said at one point. “I swear to God.”

To reiterate, Nick Diaz has since been cleared of any wrongdoing connected to this arrest, as prosecutors ultimately decided not to move forward with the case.