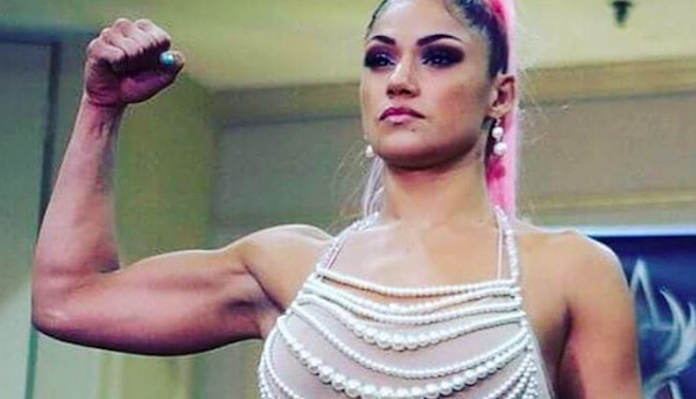 Gonzalez took on Lilian Borja at the Combat Jiu-Jitsu Worlds 3 in Monterrey, Mexico on Saturday. The match aired on Fight Pass.

As you can see from the video below, Gonzalez was able to catch Borja in an armbar. Her opponent tried her best to tough it out, but Gonzalez kept yanking on her arm and eventually the arm broke. Watch below.

The commentators compared the arm break to that of Tim Sylvia when he fought Frank Mir back at UFC 48 in 2004. Sylvia tried his best to tough that one out, but referee Herb Dean recognized the arm had broken and called a stop to the fight, which left Sylvia losing his UFC heavyweight title to Mir. Obviously, the stakes here between Gonzalez and Borja weren’t as high, but it was still a nasty armbar that broke someone’s arm.

For Gonzalez, this win of course won’t count on her MMA record as it’s a grappling match, but it’s still a solid victory for her and could lead to speculation that the UFC may be interested in bringing her back into the Octagon. Gonzalez has a 10-4 MMA record, but went just 0-2 back in 2017 when she was in the UFC, losing to Cynthia Calvillo by submission and Poliana Botelho by decision. The UFC then released her, and Invicta FC picked her up.

Gonzalez has looked great since joining Invicta FC in 2018, going 4-1 overall. She did lose in her bid to become the promotion’s flyweight champ earlier this year when she dropped a technical decision to Vanessa Porto due to an eye poke, but overall Gonzalez has had a strong showing in the promotion. She is also a very marketable fighter, and the UFC matchmakers may be wise to give her another shot in the Octagon.

Do you think Pearl Gonzalez will eventually get back into the UFC?