Gillespie and Riddell were set to collide in a key lightweight bout, with the winner likely earning a top ranked opponent their next time out.

Unfortunately for fight fans Gregor Gillespie will no longer be throwing down with Brad Riddell this evening.

The UFC announced this afternoon the UFC Vegas 22 was called off due to required protocols protecting against the global pandemic. 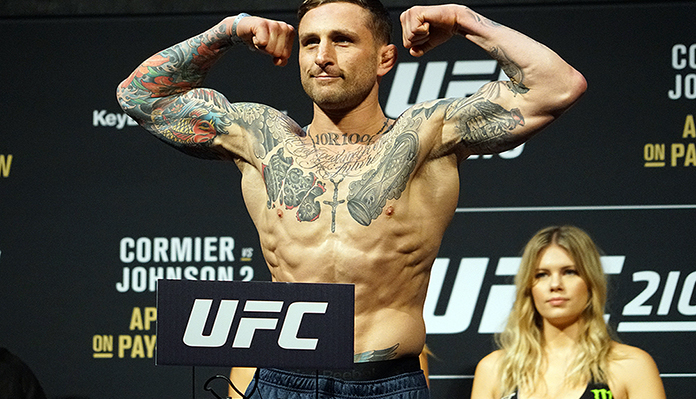 Gregor Gillespie (13-1 MMA) was hoping to rebound at tonight’s event, this after suffering the first round of his career to Kevin Lee by way of knockout at UFC 244. Prior to that setback, ‘The Gift’ had rattled off thirteen straight wins, including five straight finishes under the UFC banner.

Meanwhile, Brad Riddell (9-1 MMA) was hoping to extend his current win streak to seven in a row with a win over Gillespie this evening at UFC Vegas 22. ‘Quake’ had earned a unanimous decision victory over Alex da Silva Coelho in his most recent effort this past September.

After losing tonight’s highly anticipated Gregor Gillespie and Brad Riddell co-headliner, UFC Vegas 22 is now down to a total of ten fights.

Get the full fight card listed below: