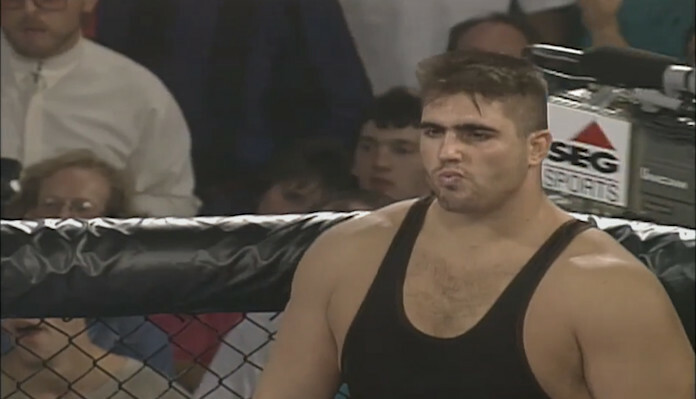 UFC pioneer Paul Varelans has passed away at the age of 51 after losing a battle with COVID-19, succumbing to complications from the virus.

Varelans had been battling COVID-19 for over a month and was placed on a ventilator in an effort to save his life. He was later he was put into a medical coma. Unfortunately for “The Polar Bear” the virus was too much to handle, and he eventually lost his battle with the coronavirus, passing away at the age of 51 on Saturday. The news of his passing was confirmed by MMAJunkie.com.

Varelans (9-9) competed in mixed martial arts from 1995 to 1998. The American made his debut in the sport at UFC 6 in July 1995, defeating Cal Worsham via KO. He then suffered a quick knockout loss to Tank Abbott. Varelans would return to the cage in September 1995, defeating Gerry Harris and Mark Hall before losing by knockout to Marco Ruas in the UFC 7 finals.

Varelans made three more appearances in the Octagon, losing to Dan Severn at Ultimate Ultimate 1995 before beating Joe Moreira at UFC 8 in February 1996. He also suffered a loss to Kimo Leopoldo at Ultimate Ultimate 1996. In addition to the UFC, Varelans also competed for several other notable promotions including Extreme Challenge, Rings, Pancrase, and the World Vale Tudo Championship. His last fight was in February 1998 when he won by KO.

In addition to his career in mixed martial arts, Varelans also made a professional wrestling appearance for Extreme Championship Wrestling, losing via submission to Taz in 1996. Standing at 6’8″ and weighing in at 300lbs, Varelans was a big man who touched many hearts during his 51 years. Ultimately, his life was cut short, but his memory will live on forever in MMA.

We here at BJPenn.com express our deepest sympathies to the family of Paul Varelans following his passing.