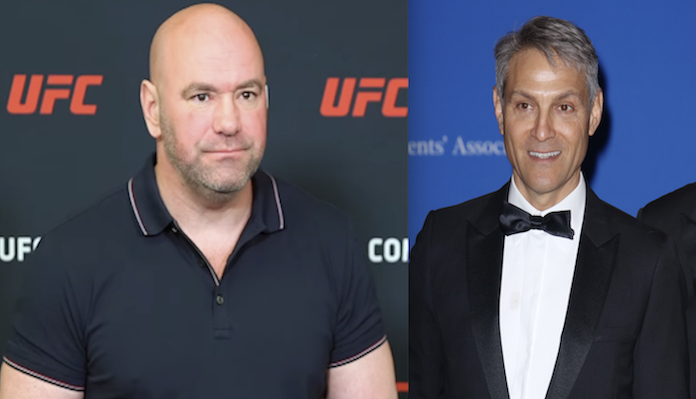 UFC parent company Endeavor has reportedly filed for an IPO (initial public offering) with the Securities and Exchange Commission.

Endeavor Group Holdings (EDR) is an entertainment conglomerate that owns a number of businesses, including the UFC, the talent agencies IMG and William Morris, and content production for a number of events including Premier League Soccer and the Miss Universe competition, and movies and television shows including “La La Land” and “Killing Eve.” The company’s CEO is Ari Emanuel and its executive chairman is Patrick Whitesell.

On Thursday, Sportico reported that Endeavor has filed for an IPO.

Endeavor Group Holdings, the entertainment conglomerate that owns Ultimate Fighting Championship, talent agencies IMG and William Morris, and produces content, including Premier League soccer and movies such as La La Land, has filed confidential paperwork for an initial public offering with the Securities and Exchange Commission, according to two people familiar with the move.

Endeavor probably makes more than $3 billion a year in revenue from a number of entertainment, sports and content businesses, according to a 2019 prospectus. Those businesses include a large presence in event management and distribution and sales for organizations including the NFL, NHL and International Olympic Committee. The timing of the sale is still to be determined, according to the people, who requested not to be named because they weren’t authorized to discuss publicly.

Endeavor had previously planned to go public back in 2019, but they pulled out at the last second. Nearly two years later and the company is now reportedly going public with it. It will be interesting to see how it affects the UFC. The company has generally tried to keep its finances from going public, but if Endeavor goes up for public sale, then perhaps we will learn more about the UFC’s financial records. Either way, this is very interesting news.