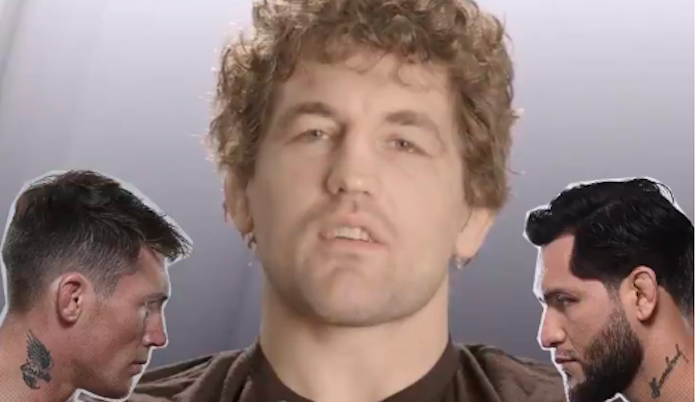 Ben Askren will have a close eye on the UFC London main event, which pits Jorge Masvidal against Darren Till, as he’s already been linked to a fight with the winner of the bout. He’s also bound to be watching the UFC London co-main event, which pits welterweight contenders Gunnar Nelson and Leon Edwards against each other, as a bout with either man is very possible for him down the road.

In a video posted to the UFC Europe Twitter account, Ben Askren made a prediction for Jorge Masvidal vs. Darren Till and Leon Edwards vs. Gunnar Nelson at UFC London.

As he’s suggested previously, he’s picking Darren Till to defeat Jorge Masvidal — though he’s not sleeping on the latter.

What do you think of these predictions from Ben Askren? Do you agree with the former ONE Championship and Bellator welterweight titleholder?