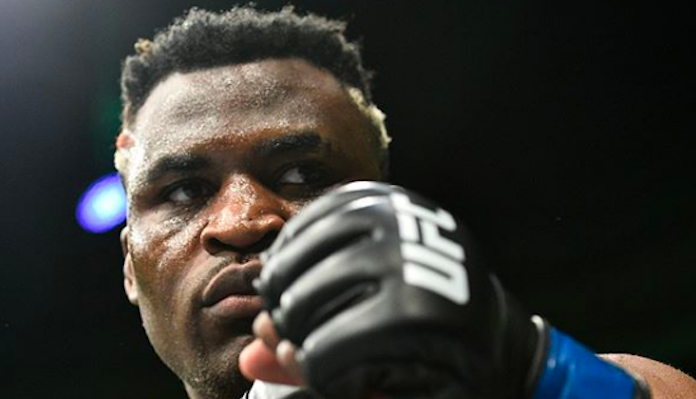 The pair had first crossed paths in April of 2016, with “The Predator” emerging victorious by way of second-round TKO (doctors stoppage).

Tonight’s heavyweight rematch started and was over just moments later. Francis Ngannou was able to land a big overhand right which sent Blaydes crashing to the canvas. The perennial heavyweight contender would get back to his feet only to be sat down by another punch from Ngannou. By that point, which came less than a minute into the opening round, the referee had already seen enough and stepped in to call a stop to the contest. (Check out the finish here)

Li Jingliang picked up a “Performance of the Night” bonus for his comeback win over David Zawada. The hometown favorite was dropped by a punch in round one, but eventually battle back to earn a third-round TKO victory after connecting with a body kick and then some punches to finish the fight.

“Fight of the Night” honours went to Alex Morono and Song Kenan. The welterweights closed out today’s preliminary card with a bang, going toe-to-toe for fifteen straight minutes. In the end, Morono edged Kenen and emerged victorious by way of unanimous decision (30-27 x3).