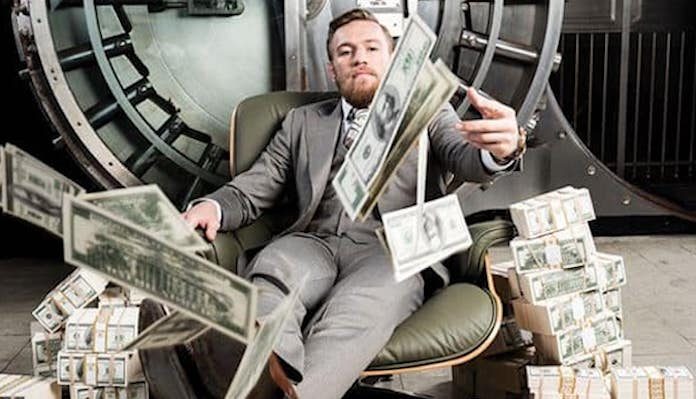 Conor McGregor is making a $3 million payday for his return to the Octagon at UFC 246 against Donald Cerrone.

The Irishman recently came out and made a bold claim that he would be making $80 million, which many didn’t think was accurate.

“I’m confident it’s going to be a nice paycheck. Probably [most ever] in my mixed martial arts [MMA] career,” Conor McGregor said to ESPN. “Yeah, I’d say about, it could be, I’m estimating a good $80 million.”

Even though Conor McGregor’s base salary is $3 million, there is still a chance he makes the $80 million as projected from sponsors and pay-per-view points among other sources of income. The $3 million salary is also the same amount he made for his UFC 229 bout against Khabib Nurmagomedov, where he revealed he made closer to $50 million when all was said and done.

Conor McGregor, to no surprise, is making the most out of the main card fighters. The next closest is Donald Cerrone who is making $200,000 to show and $200,000 to win. Former champions in Anthony Pettis and Holly Holm are the only other competitors making a base salary above $100,000.

Here are the UFC 246 main card salaries from the Nevada State Athletic Commission (via MMA Fighting).

*Note the Ode Osbourne vs. Brian Kelleher fights did not get revealed as it was bumped from the prelims to main card earlier today.

The salaries for the entire UFC 246 card are expected to come out in the coming days.

What salary are you most surprised by at UFC 246? Sound off in the comment section, PENN Nation!