UFC 242 on September 7 will mark the UFC’s first trip back to Abu Dhabi since April 2014. As that event was headlined by heavyweights, this next card will feature them as well.

The most notable fight swirling around the card is, of course, the big expected undisputed UFC lightweight title clash between the undefeated champion, Khabib Nurmagomedov and interim champion, Dustin ‘The Diamond’ Poirier.

That title bout has yet to be made official but a bout that is looking to be on its way to finalized is a top 10 heavyweight collision between the No. 4 ranked contender, Curtis ‘Razor’ Blaydes (11-2) and the No. 10 ranked, Shamil Abdurakhimov (20-4), reports Farah Hannoun.

For the youngest heavyweight in the rankings in Blaydes, he’s looking to get back on a solid winning streak after having his momentum halted by Francis Ngannou in November 2018 in Beijing, China. Since then, the wrestling standout has rebounded successfully with a very dominant unanimous decision win over Justin Willis at UFC Nashville in March.

Russia’s Abdurakhimov, on the other hand, currently rides an impressive three-fight winning streak that saw his last win come over Marcin Tybura by TKO in the second round at UFC Saint Petersburg. The performance was arguably the 37-year old’s best to date. His only loss in his last six fights came to Derrick Lewis in December 2016.

UFC 242 only has two other fights made official at the moment. One of which is a welterweight fight between the always exciting Belal Muhammad and recent UFC debutant, Takashi Sato.

The other fight will feature the bantamweights as Khalid Taha takes on Bruno Silva.

It’s also expected that Abubakar Nurmagomedov will make his promotional debut at this event. 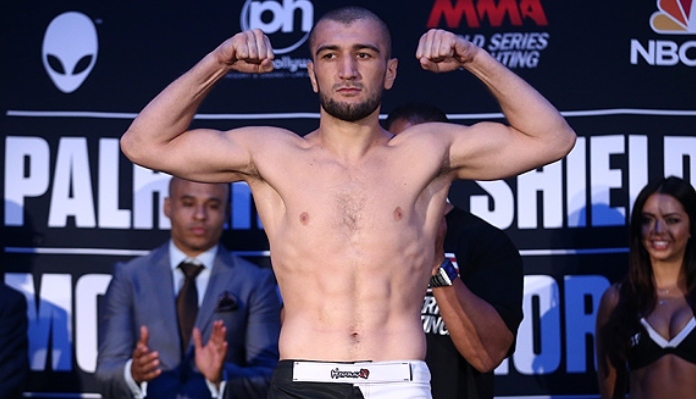