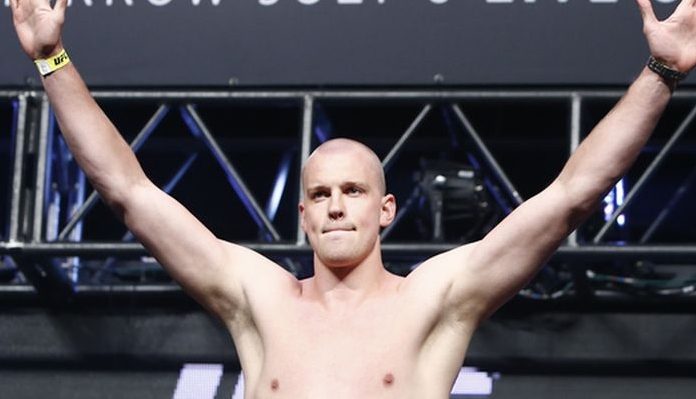 UFC Prague went down earlier today and o half of the heavyweight co-main event was the “Skyscraper” Stefan Struve.

Coming into the bout, the Dutchman was riding the longest losing streak of his career with three in a row.

After a one-sided round in his opponent, Marco Rogerio De Lima’s favor to open the bout, a round where De Lima out landed him in strikes to 65 to zero, Struve rallied in the second.

Only landing two strikes in the entire fight, that was all the 7-foot-tall 31-year old would need as his grappling instincts took over and led to him securing his first career win via arm triangle choke.

In Struve’s post-fight interview with Dan Hardy that immediately followed, he would reveal that we may have seen him compete for the very last time.

Once going to the back and sitting down in the UFC Prague post-fight press conference, Struve had made up his mind and this was indeed going to be his last time out.

Struve would mention how lucky he was that he could even be competing with the best fighters in the world to this day after discovering he had an enlarged heart in 2013. Something that was obviously a scary setback at the time and even led to the last minute cancellation of his bout with Matt Mitrione at UFC 175 when Struve fainted in the locker room due to an elevated heart rate.

Never wanting to end on a loss or losing streak, Struve made it clear that he was happy to get back in the win column making now a good time while he was still feeling physically well.

For the 29-11 Struve, he’ll go down as the tallest UFC fighter in heavyweight history, of course. On top of that, he finishes his career with the second most submission wins in the promotion’s history with six only behind Frank Mir who has eight.

If there’s one thing that Struve always was throughout his career, it was  kill or be killed type of fighter.

Out of his 40 career fights, only five went to the judge’s scorecards (18 wins by submission, 8 by KO/TKO).

The Dutch giant made his UFC debut a whole 10 years and two days ago when he fought Junior Dos Santos at UFC 95 in 2009. 22 fights later, and the rest was history.

What was your favorite moment in the Skyscraper’s career?