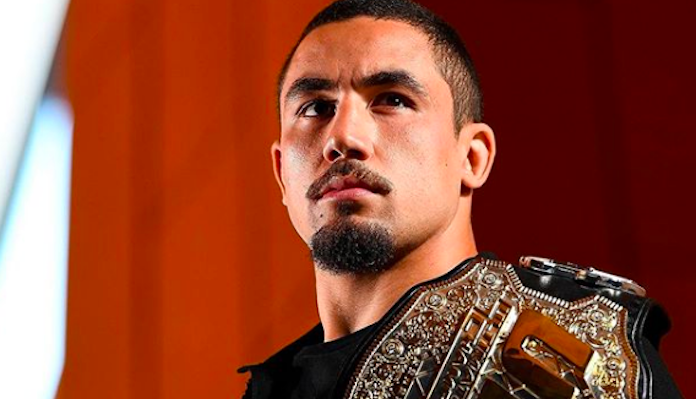 Former UFC middleweight champ Robert Whittaker believes he’s better than Darren Till across the board.

Whittaker and Till are set to collide on July 25 on Yas Island in Abu Dhabi, the setting of the UFC’s much discussed Fight Island.

Ahead of the fight, Whittaker appeared on Submission Radio, where he broke down the matchup. He believes he’s got Till beat in every phase of the MMA game.

“Honestly, I think he’s got a good skillset, but I think, honestly, I think I’m better across the board,” Whittaker said. “I also hope I can get him out of there very quickly. And it’s not gonna be due to a lack of trying, trust me. But I’m prepared to make it a slugfest, I’m prepared to make it hell. I’m going to go in there and I’m gonna do my thing. And how it happens and how it works is, I’m gonna take the win where I see it.”

Whittaker and Till’s fight will occur in an empty venue, without fans in attendance. While fighting sans fans will be a new experience for both men, Whittaker says he’s excited about it.

Robert Whittaker has not fought since he surrendered the UFC middleweight title to Israel Adesanya back in October. How do you think the former champ will look in his anticipated return to the Octagon? Let us know your thoughts in the comments section below.