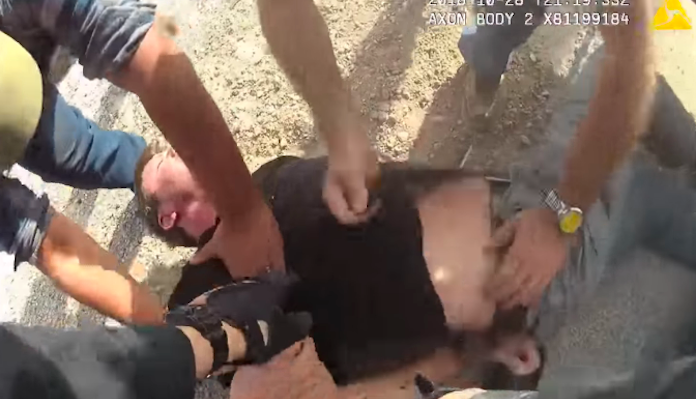 According to a report from TMZ, UFC and Bellator veteran Stephan Bonnar has found himself in hot water.

Bonnar, who was a finalist on the historic first season of The Ultimate Fighter, and holds a spot in the UFC Hall of Fame for his war with season one winner Forrest Griffin, reportedly crashed his car in Nevada, at which point he was detained by a group of citizens who were concerned he was driving while impaired. These citizens, including one who was apparently armed with a gun, were reportedly able to get Bonnar to the ground, where they kept him until police arrived.

When the police arrived, Bonnar was taken into custody and booked for driving under the influence, resisting arrest and unsafe driving. His bail has been set at $22,000.

Stephen Bonnar last fought in November of 2014, when he lost a decision to fellow UFC Hall of Famer Tito Ortiz in the Bellator cage. This win was preceded by a TKO loss to former UFC middleweight champion Anderson Silva, which marked the final fight of his UFC career. Shortly after this fight, it was revealed that Bonnar had tested positive for the banned substance drostanolone.

Bonnar’s deal with Bellator MMA, which began with his fight with Ortiz, was reportedly a multi-fight deal, but he has not fought since. Though he never announced his retirement, it seems unlikely the 41-year-old ever fights again. His MMA record currently sits at 15-9.

Stay tuned for further details on this Stephan Bonnar situation as they emerge.