Two of the most prominent fighter managers in the sport of MMA were involved in a physical altercation in which battery was committed during Friday night’s PFL Event.

Abe Kawa, who is the Vice President of First Round Management, told ESPN earlier today that Ali Abdelaziz, the CEO of Dominance MMA, approached him at Mandalay Bay and proceeded to slap him across the face.

The two prominent MMA managers were quickly separated by both security and police members who responded to the incident.

According to former UFC lightweight champion Anthony Pettis, who is a client of Kawa’s, Ali approached Abe in the crowd and proceeded to slap him “like a b*tch” before he “was gone in 15 seconds”.

“We were focused on the action in the cage,” Bramson said. “We’re going to look into it, and see if we can find anything out about it.”

This is not the first time that Ali Abdelaziz has found himself in controversy. The controversial manager was involved in an altercation with Colby Covington earlier this year. 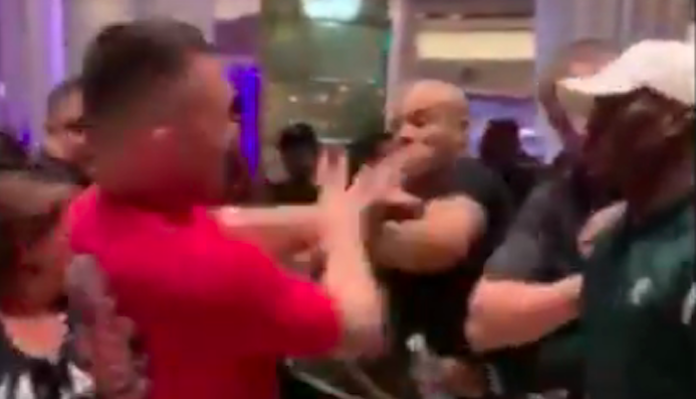 McGregor’s research resulted in him accusing Abdelaziz of being a terrorist rat snitch.

What are your thoughts on Ali Abdelaziz allegedly smacking Abe Kawa at last night’s PFL event in Las Vegas? Sound off in the comments section PENN Nation!