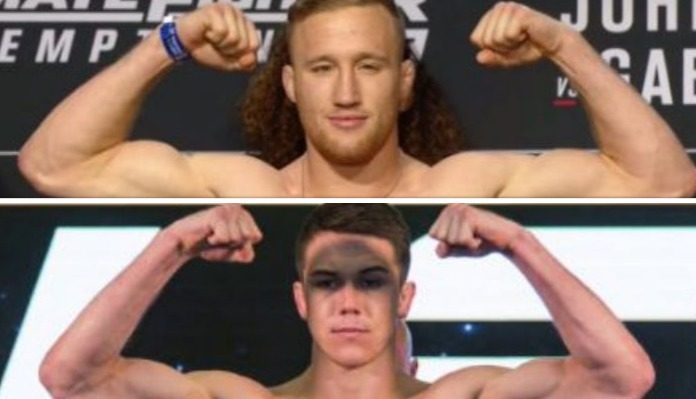 It’s hard to find a matchup in the lightweight division that won’t be exciting. When it comes to many of the fighters, we’re just guaranteed fireworks.

That statement couldn’t read any truer when it comes to speaking about the former World Series of Fighting champion Justin “The Highlight” Gaethje (19-2).

Having earned performance bonuses in all four of his career UFC bouts to this point, three of which being fights of the night and fight of the year contenders/winners, it looks like Gaethje is ready to get back in there and go for his fifth.

MMASoldier.net‘s Rodney James Edgar reports that a bout between Gaethje and the very quickly rising Alex “The Great” Hernandez (10-1) is in the works for a date to be determined. According to the report, former UFC and WEC champion Anthony Pettis is also interested in fighting Gaethje despite recently breaking his hand in a loss against Tony Ferguson at UFC 229.

Hernandez recently called out Gaethje which could have been what led to the wheels being put into motion for this fight as Gaethje is never one to back down from a challenge.

Assuming that the UFC is targeting a December event by Hernandez’ request, that leaves four options open. Those being (in order): UFC Adelaide on the 2nd, UFC 231 in Toronto, Ontario, Canada on the 8th, UFC on Fox 31 in Milwaukee, Wisconsin on the 15th and UFC 232 in Las Vegas on the 29th. Gaethje also recently showed interest in fighting in December.

The 26-year old Hernandez burst onto the scene on short notice with his surprisingly quick 42-second knockout of veteran top 15 contender Beneil Dariush at UFC 222 in March.

Hernandez followed up his UFC debut with an equally impressive performance when he earned a unanimous decision victory over the very tough Olivier Aubin-Mercier at UFC on Fox 30 in July.

As for the personification of war, Gaethje, his last fight came in August at UFC Lincoln when he earned a huge first round knockout over James Vick in the night’s main event. The win snapped a two-fight skid that saw him lose to the likes of Dustin Poirier and former UFC and Bellator champion Eddie Alvarez.