Dos Anjos (29-12 MMA) was coming off a unanimous decision loss to Leon Edwards in his most recent Octagon appearance. Prior to that setback, ‘RDA’ had scored a submission victory Kevin Lee. 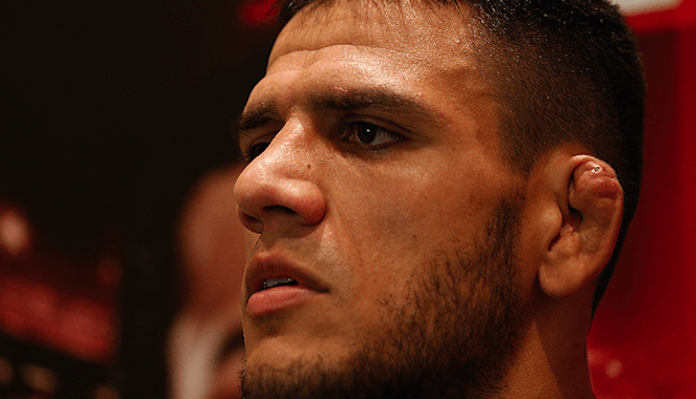 As for Michael Chiesa (16-4 MMA), ‘Maverick’ entered UFC Raleigh on a two-fight win streak, his latest being a decision victory over Diego Sanchez this past July.

Tonight’s UFC Raleigh co-main event proved to be a grueling contest, as both Michael Chiesa and Rafael Dos Anjos battled fiercely in the grappling department while exchanging some hard shots on the feet.

After a strong third and final round, it was clear that Michael Chiesa had done enough to upset ‘RDA’ in tonight’s co-headliner.

Check our how the pros reacted below:

I’m taking RDA here guys … chiesa has a huge reach advantage to overcome here but There’s levels here , I feel like RDA is another level . Best of luck both Champs 👊🏻👊🏻👊🏻

Man the low calf kick ducking Suxxxxxxxxxxxx ! Been there man

He looks HUGEEE at 170 and what a big W in only his 3rd fight at this new weight. #UFCRaleigh https://t.co/BDe7IdjNDX

Who would you like to see Michael Chiesa fight next following his decision victory over  Rafael dos Anjos at tonight’s UFC Raleigh event? Sound off in the comments section Penn Nation!