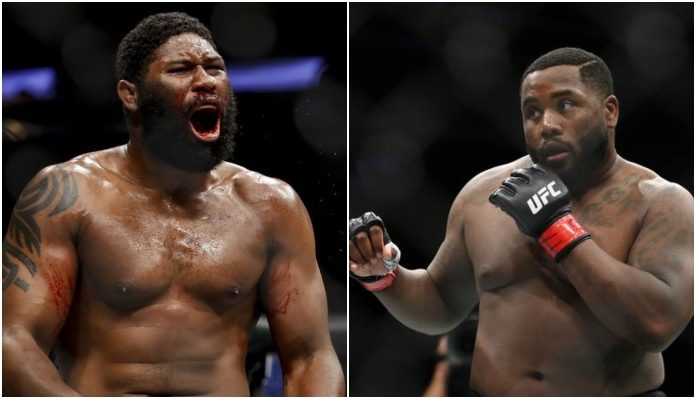 Curtis Blaydes (10-2 MMA) entered tonight’s contest looking to rebound, this after having his five-fight win streak snapped at the hands of Francis Ngannou this past November.

As for “Big Pretty”, Justin Willis (8-1 MMA) came in to this evenings co-main event on an eight-fight win streak, his latest being a unanimous decision win over MMA legend Mark Hunt.

Tonight’s UFC Nashville co-main event proved to be a lopsided affair, as Blaydes utilized his strong grappling skills to overwhelm Willis for the better part of fifteen minutes.

Check out how the pros reacted to Curtis Blaydes dominant performance against Justin Willis at tonight’s UFC Nashville event below:

Who would you like to see Curtis Blaydes fight next following his lopsided unanimous decision victory over Justin Willis at UFC Nashville? Sound off in the comments section PENN Nation!