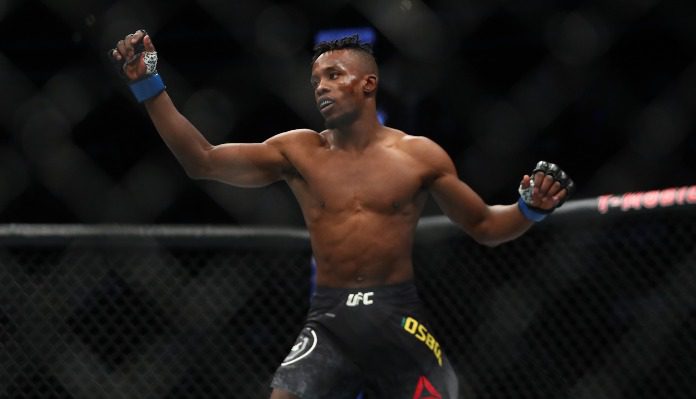 Osbourne was facing Zarrukh Adashev and many expected if he was going to win, it was going to be by using his wrestling. Yet, he showed off his striking as he scored a vicious KO in just 61 seconds and he says the fight couldn’t have gone any better.

“It couldn’t have gone any better, it went as perfect as it could’ve,” Osbourne said to BJPENN.com. “I wasn’t surprised though that I was able to get him out of there as I’ve always known I can strike with the very best. He’s a really good striker and I always want to prove myself. The fans are more surprised if anything.”

Although Osbourne says he always knew he had KO power at flyweight and can strike, he believes this performance was a statement-making one.

“It’s definitely a statement that needs to be made,” Osbourne explained. “But, I’m done trying to prove that I’m the best, I’m just going to show people that I am the best.”

“It’s night and day, it really is. I can’t even put into words how much better I’ve gotten since I’ve moved to Las Vegas and made gone full-time into fighting,” Osbourne said. “Everything is by design and everything happens for a reason.”

With fighting being his full-time job now, Osbourne hopes to return soon and already has his eyes on his next opponent and that is Jeff Molina who edged out Zhalgas Zhumagulov on the same card.

“As soon as Jeff Molina signs the contract we can get it going. I’ll fight anyone but I think it makes sense as we both fought on that same card and I said I was going to call out the winner regardless of who won,” Osbourne concluded. “Then, on paper it’s a great matchup, he’s a great fighter and I think we can put on a show for the fans.”

Would you like to see Ode Osbourne vs. Jeff Molina next?