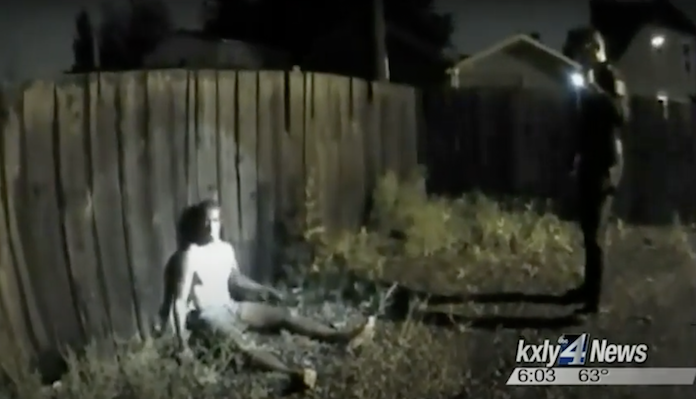 New UFC fighter Terrance McKinney shared his story of redemption after being tased by police while on acid and shrooms in the summer of 2015.

McKinney takes on Matt Frevola on the UFC 263 undercard this Saturday night in Glendale, Arizona. For McKinney, he is taking the fight on short notice after Frank Camacho had to pull out due to injuries sustained in a car accident. “T.Wrecks” previously competed on Dana White’s Contender Series in 2019 and lost via flying knee KO to Sean Woodson. After going 3-1 on the regional scene, including back-to-back knockout wins in LFA, the UFC has brought McKinney into the fold and he will get his first Octagon taste against Frevola.

McKinney actually fought last weekend in LFA where he picked up a big KO win that got him his UFC contract, and before that fight, he spoke about a life-changing event that happened to him in 2015. According to McKinney, he was drunk when he was offered shrooms and acid, and that’s when all the trouble began. The newest UFC lightweight says he started seeing demons and then started “going crazy,” which is why police officers were forced to tase him. However, he was able to eat the tasers and keep on moving.

After police officers were able to restrain McKinney, they put him in an ambulance and took him to the hospital. According to McKinney, he actually died twice in the hospital that night and was fortunate that doctors were able to revive him and save his life. Six years later, McKinney is now at the top of the sport fighting for the UFC. For those out there who have been in these situations, McKinney wants them to know you can bounce back from them.

“I could have been in jail or dead,” McKinney said.

Do you think Terrance McKinney will beat Matt Frevola at UFC 263?