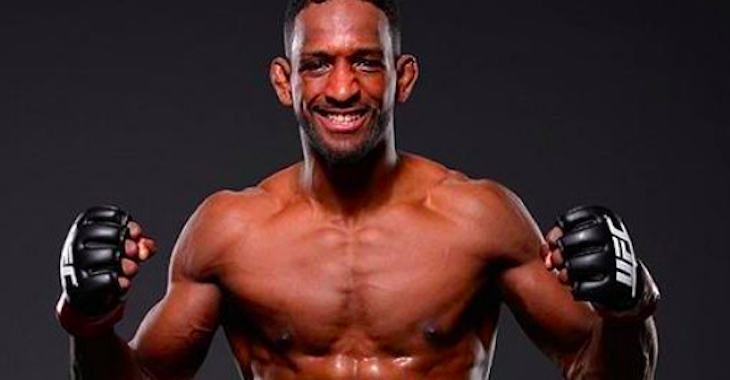 UFC welterweight contender Neil Magny says that Khamzat Chimaev is “all talk” and he is open to fighting him when he returns to the Octagon.

Magny returns to the Octagon on May 8 when he takes on fellow top-15 ranked welterweight Geoff Neal. Before the Magny vs. Neal fight was booked, Magny was linked to a fight against Khamzat Chimaev, but the fight wasn’t booked as the Swede is stilll not cleared to fight again after a vicious battle with COVID-19. Still, should Magny get by Neal in a few weeks’ time, he is interested in stepping into the Octagon with Chimaev as well.

Speaking to James Lynch of MiddleEasy, Magny suggested that Chimaev is “all talk” and that he is still open to fighting him in the near future.

“In the back of my mind, I would fight Chimaev any day of the week. It’s not something that worries me at all, but at the same time it does occupy space in my mind so I can’t allow the whole talk about Chimaev and what he may do or may not do distract me from what’s on the table,” Magny said.

“At this point it’s all talk dude. The guy’s just out there saying whatever comes to mind and hoping it sticks. He went as far as saying he would fight Usman, Adesanya, and Jan Blachowicz all in the same night. It’s like, dude it’s all cap. This dude is not out there trying to fight these legit guys. The matter is out there, the fact that I’m willing to fight him any day of the week is out there, the ball’s in his court now, as far as when he decides to step up,” Magny said.

“I was pretty hopeful at first (about the fight happening), but seeing how he’s all over the place and can’t stick to one particular thing, I’m getting less and less confident that this fight is going to take place.”

Do you want to see Neil Magny fight Khamzat Chimaev?