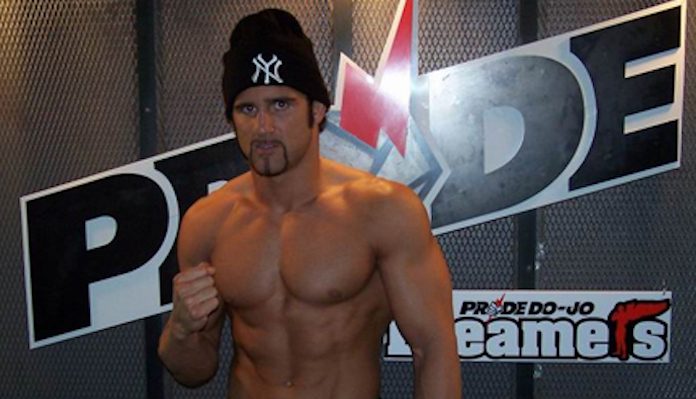 MMA veteran Phil Baroni feels that his battle scars from fighting match up to those of Nate Diaz, but the New York native has never received the same payouts compared to the recent “BMF” contender.

On Saturday, in the main event of UFC 244, Jorge Masvidal and Nate Diaz put their reputations on the line in a BMF title fight. “Gamebred” delivered accurate and powerful strikes to maintain dominance. Meanwhile, Nate Diaz ate some killer kicks and punches, but continued to rally and push forward with his own offence.

The fight ended with a controversial doctor’s stoppage win for Masvidal, which some viewers deemed premature. However, every cloud has a silver lining, as both fighters were paid handsomely for their efforts in the Octagon.

The fight caused a moment of reflection for Phil Baroni. In an emotional post on Instagram, the 43-year old divulged some of the hardships he has had to endure throughout his career.

Baroni has competed in MMA more than 30 times — not to mention his kickboxing matches and bare knuckle fights — and has utilized his KO power to achieve nearly 70% of his wins. Some of those wins have come against legends like Dave Menne, Yuki Kondo, Ryo Chonan and Ikuhisa Minowa. His long-standing career and show-stopping performances make him one of the OG BMFs.

However, the MMA legend says his paydays are a fraction of what is paid out to fighters in 2019.

“Some guys fight to live. I live to fight @bjpenn. It brings a tear to my eye cause somewhere, somebody made millions for the same battle scars & got to fight in my hometown. In fact I was the first @ufc fight @danawhite ever promoted @trumpcasinos in AC UFC 30 Battle on the Boardwalk. Same board walk I fucked my 1st hooker on in 11thg grade anyway. Back to the story, @thegarden where my cousin Charlie Boy took me to see @hulkhogan & my uncle capt Lou Albano. I made $139 in a 3rd world country for the same result & same battle scars. But I was winning the whole fight. Still beats a 9 to 5 #realfighter #livingthedream #nyba #besteva” – Phil Baroni on Instagram.

Fighter pay has become a contentious issue in MMA. Since the early days of the UFC, many fighter have been left feeling undervalued. Dan Hardy, Urijah Faber, Al Iaquinta, Brendan Schaub, and Jon Fitch among many others have been vocal about the situation.

MMA has evolved rapidly since its early days, and its earlier stars — men like Phil Baroni — have had to bear the brunt of negligible pay checks whilst still putting their health on the line to fight. Do you think the UFC needs to do more to look after its veterans? Let us know in the comments below.