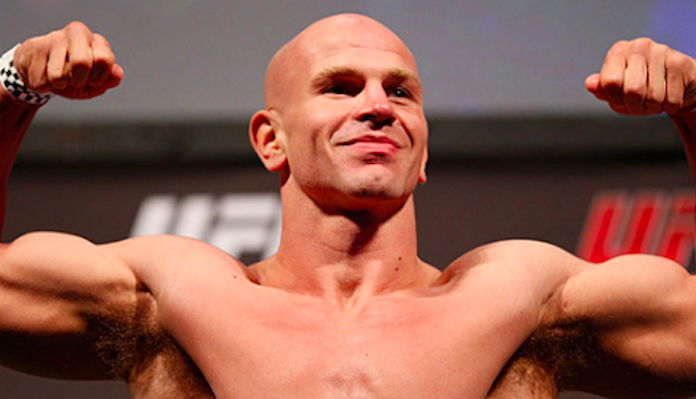 In June of 2016, seven-time UFC veteran and former MFC light heavyweight champion Ryan Jimmo was hit by a car and killed in Edmonton, Alberta, Canada. This week, Anthony Getschel, the man responsible for Jimmo’s death, was sentenced to eight years in prison for this incident — six years for manslaughter and two more for fleeing in the scene.

The Edmonton Journal detailed the tragic circumstances of Jimmo’s death in a Monday report.

“Getschel struck Jimmo with his truck and then fled the scene, hid the vehicle and reported his licence plate as stolen, according to an agreed statement of facts previously heard in court. He turned himself into police around 1 a.m. on June 28.

Around 2 a.m. on June 26, Getschel pulled up behind Jimmo’s Jeep driving west along Whyte Avenue. Jimmo thought the truck had been driving aggressively, and pulled into the strip mall parking lot to confront the driver.

Getschel pulled up behind and Jimmo got out to “slap” the driver’s side window and challenge the two men to a fight. The two men stayed in the truck, court documents said.

Jimmo was returning to his Jeep when the vehicle sped up, steering around the driver’s side and driving over a pair of concrete parking curbs before striking Jimmo and dragging him in front of the Jeep. He died in hospital as a result of blunt force trauma.”

According to The Edmonton Journal’s report, The Court of Queen’s Bench Justice Paul Belzil “accepted the eight-year joint submission plea, citing the fact that the accused had no prior criminal record, turned himself in within 48 hours and showed deep remorse. He also had stable employment, is in a committed relationship and has two baby boys who were in attendance, court heard.”

Addressing the family of Ryan Jimmo in court, Getschel said the following, reportedly with tears in his eyes.

“I’m very sorry for the pain that I caused. I’ll never be able to forgive myself for what happened.”

Ryan Jimmo was 34 when his life was cut short.