Former lightweight kingpin Khabib Nurmagomedov has a theory as to what Dana White and company are going to do with Conor McGregor following UFC 264.

McGregor suffered his second consecutive defeat to Dustin Poirier last weekend, a loss which served as the third in his past four fights. Adding salt to the wound was the fact that the defeat came in part due to a broken tibia.

Conor McGregor’s recent rough stretch began with a submission a loss to the aforementioned Khabib Nurmagomedov. The undefeated Russian and former two-division champ in McGregor have had a long standing rivalry that began prior to their fight and continued to grow following that infamous contest. 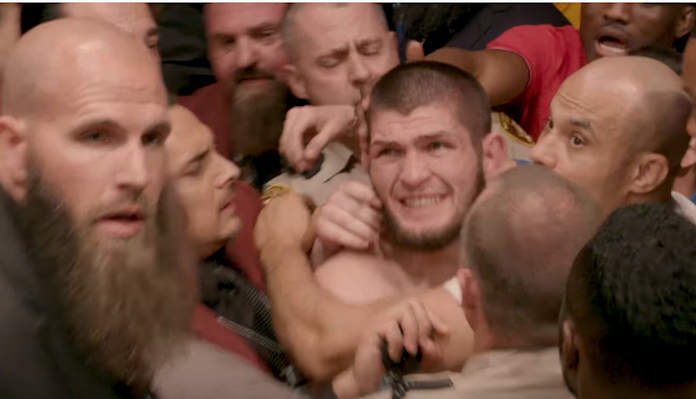 Given Conor McGregor’s recent showings, compiled with his age and recent injury, Khabib Nurmagomedov has shared a grim outlook for his longtime rival.

“Without broken legs, yes, [he could be the same],” Nurmagomedov said to ESPN (h/t MMAFighting). “But with broken legs, he’s never going to kick the same. With him, no, I don’t believe [he’ll return to the top]. Conor have good age [32], but what happened with his mind, legs — this guy is finished, but he’s good for promotion.”

Khabib Nurmagomedov continued and shared a theory as to what the UFC might do next with the struggling Conor McGregor.

“If he want to come back, OK, make him fight one more time with Dustin Poirier and finish this guy,” Nurmagomedov said. “I think [that’s] what UFC going to do with him or maybe make his fight versus Nate [Diaz]. But both of them, I think he’s going to lose.”

Do you agree with Khabib Nurmagomedov that Conor McGregor would fall short in potential comeback fights either Dustin Poirier or Nate Diaz? Share your thoughts in the comments section Penn Nation!