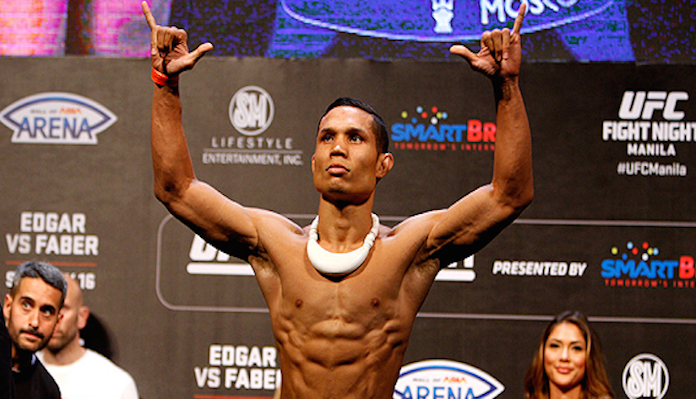 Former UFC and Bellator lightweight fighter Jon Tuck was charged this week with an alleged sexual assault in his native Guam.

According to a report from the Pacific Daily News out of Guam, Tuck allegedly raped a 21-year-old woman outside of a restaurant in Tumon on March 4 in the wee hours of the morning. The woman told police she left the restaurant when Tuck grabbed her by the wrist and allegedly told her “don’t worry about it” when she asked where they were going.

According to court documents, the woman thought they were going for a smoke but Tuck took her outside a building and allegedly proceeded to rape her. The woman says that after he raped her he told her his name was Jon Tuck and that “no one can know due to my work.” The woman then returned to the restaurant and met up with a friend, who confronted Tuck on video about what had just transpired. There is video footage of Tuck saying that the two were “just playing around.”

The young woman who was raped allegedly was in tears and told her friends it was Jon Tuck who had raped her. According to the article, “Tuck is charged with four counts of third-degree criminal sexual conduct as second-degree felonies and two counts of fourth-degree criminal sexual conduct as misdemeanors.” Tuck has since been released on a $20,000 bond and is currently under house arrest.

Tuck, a former UFC and Bellator fighter, is one of Guam’s most famous athletes. He competed in the UFC from 2012 to 2018 and compiled a record of 4-5 in the Octagon, with his most notable victory coming over Takanori Gomi in 2017. He also has losses to fighters such as Kevin Lee and Drew Dober. After the UFC released Tuck in 2018, he signed with Bellator and recently defeated Ryuichiro Sumimura at the Bellator and RIZIN New Year’s Eve card. Bellator has yet to make a statement about Tuck’s status with the promotion.