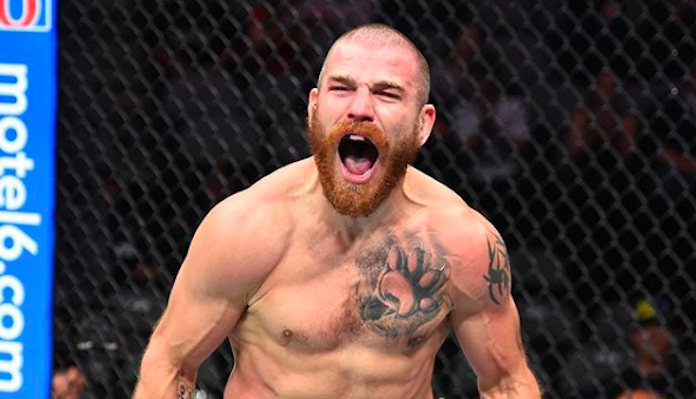 Over the weekend, at UFC Fort Lauderdale, Jim Miller picked up yet another impressive victory, this time at the expense of Jason Gonzales.

Miller, who is one of the most experienced fighters currently competing in the Octagon, has been fighting professionally since 2005. As such, it certainly seems as though he might be nearing the final chapter of his career.

Speaking to MMA Junkie recently, the accomplished veteran discussed his inevitable retirement from MMA, explaining that he expects to know when the time is right.

“I’m going to know when it’s going to be my last fight,” Miller said. “I’m pretty sure you guys are going to know, too. I don’t want it to be because I had a (expletive) camp and I fought like (expletive), ‘You know what, I’m not doing this anymore’ and be emotional inside the cage and do it that way.

“I want to know going in there, I think it’s going to be a great night for me, because having that lifted off my shoulders, that I don’t have to do it again, is going to be awesome. It takes a lot; it does – It takes a lot to grind through camp and to deal with the ups and downs.

“I get home from a hard day of training and I’m tired and beat up and then my kids want to wrestle and it’s like – you try to do it as much as you can, but at the same time, ‘I can’t tonight, I can’t.’ And I hate having to say that.”