Jake Paul has a big task ahead of him in the form of former UFC champion Tyron Woodley, but that hasn’t stopped the YouTuber from looking towards the future.

Paul (3-0) and Woodley (0-0) are set to square off in a boxing match on August 29 at Rocket Mortgage Fieldhouse in Cleveland, Ohio.

Woodley concluded his UFC contract following four straight losses to Vicente Luque, Colby Covington, Gilbert Burns, and Kamaru Usman. Not long after this contract expired, ‘The Chosen One’ agreed to terms with Jake Paul for a boxing match. 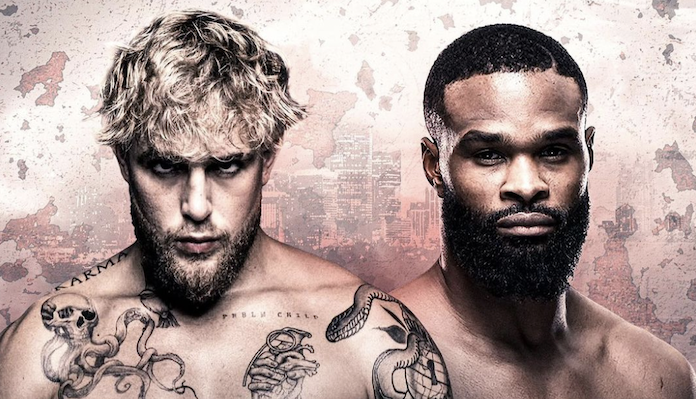 Paul has gone 3-0 thus far in his young boxing career, his latest win being a first round knockout victory over former Bellator and ONE champion, Ben Askren.

Despite having a major challenge on his hands in the form of Tyron Woodley, the youngest Paul brother can’t help but look to the future.

Jake Paul took to Twitter this afternoon where he revealed the following eight-man his list that he plans to carry out following his bout with ‘T-Wood’.

In addition to the highly anticipated Jake Paul vs. Tyron Woodley matchup, the Showtime PPV will also feature the return of Tommy Fury (the younger brother of heavyweight champion Tyson Fury). Tommy, who has been clamoring for a fight with Jake for months now, will instead face former Bellator fighter Anthony Taylor at the event. The bout is set for six rounds and will be contested at 180lbs.

Will you be tuning in to watch this months Jake Paul vs. Tyron Woodley event on Showtime PPV? Share your thoughts in the comment section PENN Nation!