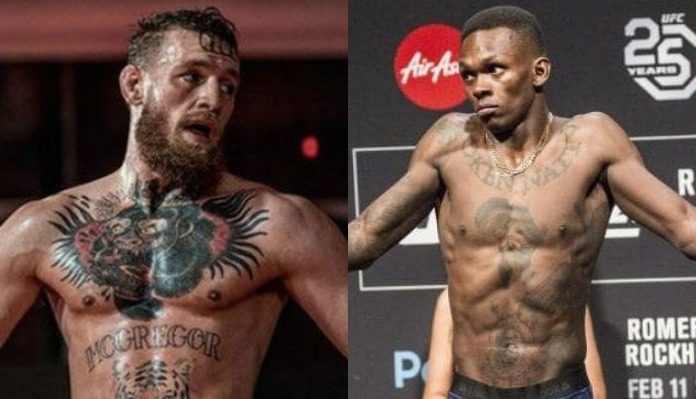 Israel Adesanya absorbed quite a bit of punishment in his UFC 236 interim middleweight title fight with Kelvin Gastelum, but he also landed plenty of meaningful offense in return. In fact, he landed a record-breaking amount.

Shortly after this fight, which Adesanya won by unanimous decision, the UFC announced that the Nigerian-born Kiwi had landed the third most knockdowns ever in a single UFC fight. MMA Junkie’s Mike Bohn then added that Adesanya’s four knockdowns landed on Gastelum actually set the record for the most knockdowns in a single title fight.

“Israel Adesanya’s (@Stylebender) knockdowns tonight are tied for 3rd most by a fighter in a single @UFC fight, behind Forrest Petz and Jeremy Stephens each connecting with five in a fight. #UFC236” – UFC on Twitter

“Israel Adesanya (@stylebender) dropped Kelvin Gastelum four times at #UFC236. No one has ever connected with more knockdowns in a championship fight.” – Mike Bohn on Twitter.

While these stats are undeniably impressive, not everybody agrees that Israel Adesanya is now a record-holder. In fact, the biggest star in MMA has some issues with the claim.

Responding to a fan on Twitter, Conor McGregor claimed that he landed more knockdowns in his 2016 lightweight title win over Eddie Alvarez, at 5, and demanded “plaques” to commemorate this accomplishment.

“Wait, what? The @ufc did what? That’s twice now! I want plaques before I’m back. Digital plaques shall do. Hurry up @ufc, I’ll be here. And use a good image.” – Conor McGregor on Twitter.

Where do you stand on this issue? Do you agree that Conor McGregor landed 5 knockdowns on Eddie Alvarez, or does the record truly belong to Israel Adesanya?