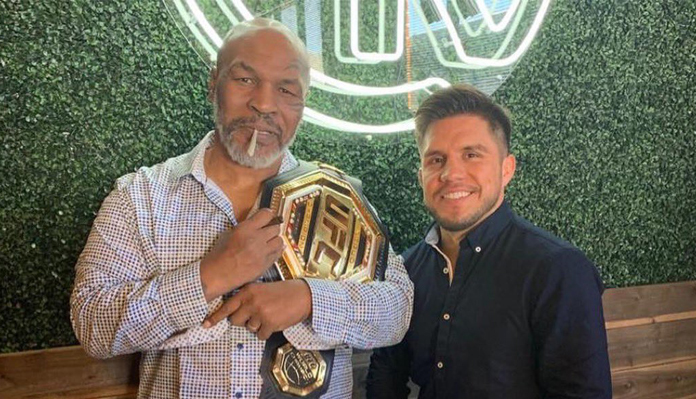 O’Malley squared off with Marlon Vera in the co-headliner of last night’s UFC 252 pay-per-view event. The highly anticipated fight did not last long, this after ‘Suga’ suffered a self-induced knee injury which assisted ‘Chito’ in earning a first-round finish.

The former UFC champions scolded ‘Suga’ for his UFC 252 performance and insinuated that O’Malley was not tough enough for MMA.

Today, Henry Cejudo doubled down on his comments sharing the following statement on Twitter.

I fought DJ and Marlon with no legs! This two pump chump broke his nail and can’t compete. #levels https://t.co/bca2cYooBA

“I fought DJ (Demetrious Johnson) and Marlon (Moraes) with no legs! This two pump chump broke his nail and can’t compete.”

The extent of Sean O’Malley’s injury remains unknown at this time but it definitely did not look good.

‘Triple C’ has flirted with the idea of making a return to fighting but the only bout that seems to interest him is a featherweight title fight with reining 145lbs champion Alex Volkanovski.

With that said, UFC President Dana White has shown little interest in the idea of Cejudo fighting Volkanovski. Nonetheless, ‘Triple C’ and company are still making a case for the featherweight title opportunity.

Despite his loss to Vera yesterday evening, Sean O’Malley is still 4-1 in the UFC and 12-1 as a professional. ‘Suga’ was coming off a sensational knockout win over former WEC title holder Eddie Wineland prior to last night’s disappointing setback.

What do you think of the comments made by Henry Cejudo regarding the injured Sean O’Malley? Share your thoughts in the comments section PENN Nation!

This article first appeared on BJPENN.com on August 16, 2020