Henry Cejudo says he reached out to Cody Garbrandt to give him some advice amid his recent skid.

Garbrandt is coming off a KO loss to Kai Kara-France at UFC 269 in his UFC flyweight debut. It was his second loss in a row and he is now just 1-5 since winning the bantamweight title back at UFC 207 in December of 2016. Out of those five losses, he has also been knocked out in four of them, so for Cejudo, he believes Garbrandt needs to get back to his technical self that he was against Dominick Cruz.

“I talked to Cody Gabrandt, too, a little bit because I still think he has the talent,” Cejudo said in an interview with Helen Yee (h/t MMAJunkie). “There’s a lot of opportunity for him to continue to keep growing, and I think whatever it is that he’s done in the past, I just want to guide him. I don’t necessarily want him here full time but just give him a two cents of how is it that I think he should probably train. How is it that he should probably take the distance because Cody is so technical, he shouldn’t be in fistfights He needs to just technically pick you apart… 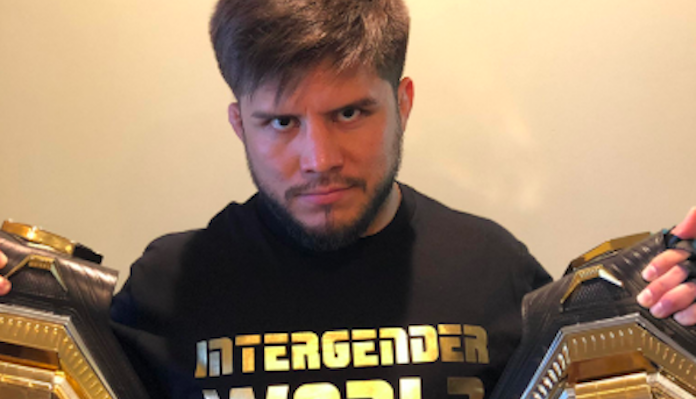 “We talked to him on the phone,” Cejudo continued. “He’s good friends with Ali (Abdelaziz). I’m looking out for him. I think his career, it blossomed in the beginning, and it’s just a lot of trial and error, and just fighting emotional has cost him.”

It shouldn’t be a surprise to see Henry Cejudo reach out to Cody Garbrandt given they share the same manager in Ali Abdelaziz. Since retiring, Cejudo has also taken up a coaching role and helped Weili Zhang and Deiveson Figueiredo prepare for their title fights and has embraced the coaching role. Perhaps Garbrandt decides to even go learn under Cejudo ahead of his next fight whenever that might be.

What do you make of Henry Cejudo offering Cody Garbrandt some advice?