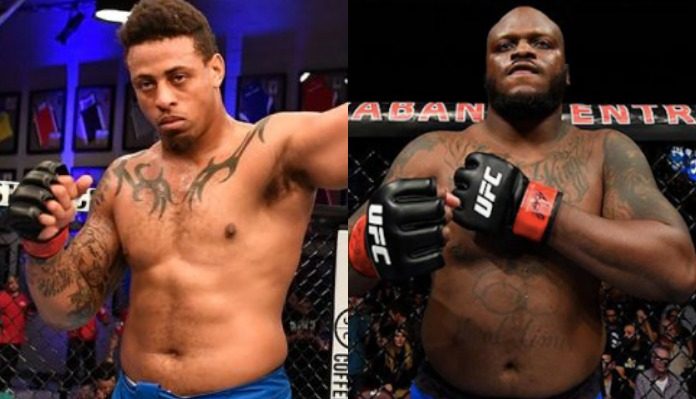 The former NFL star is well known for being one of the most controversial figures in the recent history of the UFC. While his past has certainly come back to haunt him, he’s certainly been able to make an impact during his short stint with the promotion.

Hardy will face Alexander Volkov on short notice in the co-main event of UFC Moscow this weekend, and yet despite the magnitude of that fight, many fans are already looking ahead to a potential showdown with Derrick Lewis.

During an interview with RT Sport, Hardy responded to some recent verbal shots that were thrown at him by “The Black Beast”.

“I think in Russia you guys are pretty smart, very proud and really understanding,” Hardy said. “I think he’s like a felon, he’s been to prison. I just don’t think somebody that’s been to prison is allowed to say what the standard is, and you guys would understand that right? We don’t listen to people that contradict themselves”.

While Hardy may be a divisive individual, there’s no denying the fact that many fans tune in to see him compete. Whether or not he’s able to handle such a step up in competition against Volkov, however, is a different matter altogether.

Lewis is coming off the back of a split decision win over Blagoy Ivanov at UFC 244, and while he’ll be looking towards another title shot at some point in the future, he’s already hinted that a showdown with Hardy isn’t an opportunity he’d turn down.

A lot will be decided within the heavyweight division this weekend, with 2020 shaping up to be one of the most exciting years yet in terms of potential match-ups.

Do you think we’ll see Greg Hardy vs. Derrick Lewis in the new year?