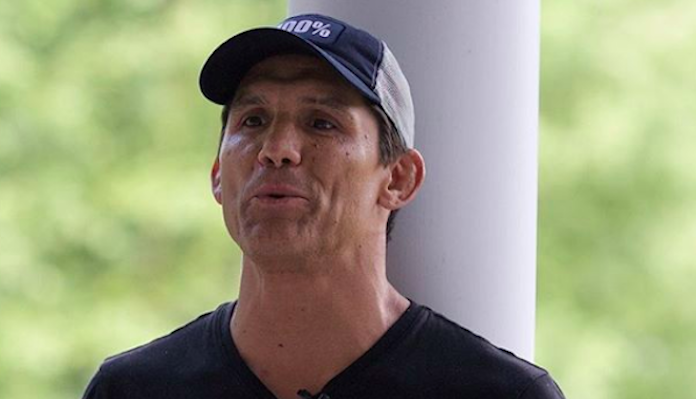 On Thursday night, WFAA-TV in Dallas reported that inaugural UFC light heavyweight champion Frank Shamrock was being investigated for animal cruelty after tying his mother’s dog Zelda to the back of a parked pickup truck and abandoning it at an airport for five days.

Shamrock actually admitted to this incident, explaining that he first tried to find a home for the dog, and only decided to forsake the animal, which he says has a “goofy hip,” when he was unable to find a more suitable alternative.

“They can charge me with whatever. I will show up,” Shamrock told WFAA-TV. “It is what it is. I’m not hiding in any way. It’s an unfortunate and terrible thing. I’m an animal lover and I ran away crying. … It’s an old dog – no one wants a 6 1/2, 7-year-old dog with a goofy hip.”

“This is fake news ABC News edited to create a story,” Shamrock wrote on Instagram. “Very sad. “Rebecca Lopez you should be ashamed of yourself, I am not being investigated and only took the call to help bring awareness to animal cruelty and elder abuse. Funny how you don’t report the all the facts — just the names that create headlines.”

Unfortunately, the alleged lack of an official police investigation doesn’t change the fact that Frank Shamrock has admitted to leaving an abandoning an aging dog for five days…

Stay tuned for further developments on this story as details emerge.