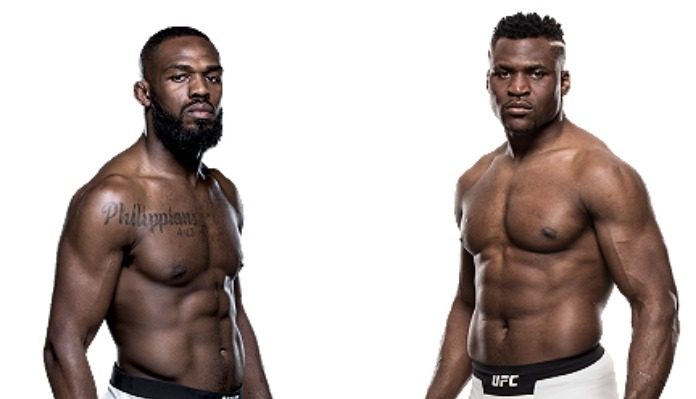 UFC heavyweight champion Francis Ngannou has responded to Jon Jones, this after ‘Bones’ requested ‘The Predator’ motivate him more for a potential fight.

However, after Ngannou emerged victorious by way of second round knockout, negotiations between Jones and the UFC quickly hit a snag. According to Dana White, ‘Bones’ was demanding $30 million to fight ‘The Predator, a claim which Jon Jones has since denied.

More recently it was announced that Jones had parted ways with his longtime management team. Shortly after that news was made public, ‘Bones’ took to Twitter where he asked that Francis Ngannou “motivate” him more for a potential super-fight.

Francis Ngannou was quick to reply to Jon Jones, suggesting that the former light heavyweight kingpin has “already lost” with such an attitude.

“I shouldn’t have to motivate you Jonny…if it’s not in you already you’ve already lost. I know my motivation.” – Ngannou replied.

According to UFC President Dana White, the promotion is currently working on a rematch with Derrick Lewis for Francis Ngannou’s first attempted title defense.

Ngannou (16-3 MMA) and Lewis (25-7 MMA) had previously collided in July of 2018 at UFC 226, in a bout that proved to be an absolute snore fest. ‘The Black Beast’ was ultimately awarded a unanimous decision victory, which currently serves as Ngannou’s most recent defeat.

As for Jon Jones, ‘Bones’ has not stepped foot inside the Octagon since defending his light heavyweight title at UFC 247 with a unanimous decision win over Dominick Reyes.

What do you think of Francis Ngannou telling Jon Jones that he has “already lost” with his current mindset regarding a proposed super-fight? Share your thoughts in the comment section PENN Nation!