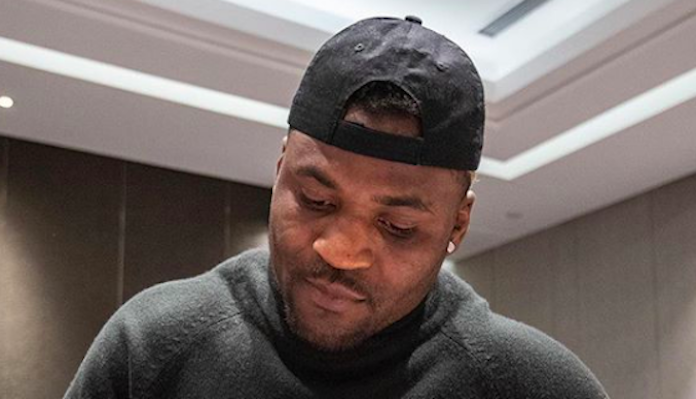 Francis Ngannou began the year 2018 as arguably the most hyped fighter on the UFC roster. Unfortunately, the year hasn’t gone quite the way he planned.

Currently riding back-to-back losses to Stipe Miocic and Derrick Lewis, the hulking Cameroonian-French knockout artist will enter his Saturday, UFC Beijing rematch with Curtis Blaydes in a must-win scenario. From the sounds of it, however, he’s in a good place mentally as this crucial contest bears down.

“I was under high pressure, I put myself in some place that I couldn’t manage,” Francis Ngannou said in a fantastic interview with the South China Morning Post, looking back on his failed January title fight with Stipe Miocic. “When I realized things were wrong I just took a step back. I tried to remind myself why I am here. What made me take the decision [to be a fighter]. And then I realized that it was my dream. It wasn’t a random choice. What made me be here? It’s my talent. At some point I forgot that thing.

Francis Ngannou also opened up on his most recent loss, an exceedingly lacklustre decision defeat fellow knockout artist Derrick Lewis. As he’s mentioned before, he claims he carried the stress from his loss to Miocic into this bout with Lewis.

“Last time I was still dealing with my loss to Stipe,” he said. “I carried that loss with me. But you can make sure that won’t happen again. You will now see the Ngannou that you saw before.”

Despite his recent setbacks, Francis Ngannou has said he once again believes in himself as he heads into his high-stakes UFC Beijing rematch with Curtis Blaydes.

“When I started dreaming of life as a boxer back in my little country of Cameroon, no one believed me at all,” he said. “Then I worked my ass off, I did whatever I had to do, and now I am here today. I got there by my work, by my trust in myself and by my confidence.

“Even when I lost two fights I didn’t think I was at the bottom. I still had something in my heart. Now I believe in myself more than before. I learned a lot from my last two fights. Now I am coming back stronger, and you guys are going to agree with me.”

How do you think Francis Ngannou will perform in the UFC Beijing main event?