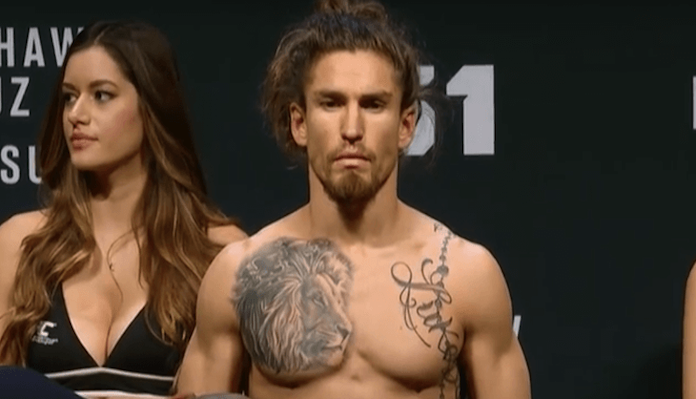 Sanders was in the UFC between 2016 and 2021, racking up a 3-5 record during that time with his wins coming against Renan Barao, Maximo Blanco, and Patrick Williams. However, after Sanders lost his last two fights in a row against Felipe Colares and Nate Maness, the UFC decided to release the 35-year-old veteran after his contract expired. Just a few months after the UFC decided to move on from Sanders, he has officially decided to hang up his gloves. “Cool Hand” took to his Instagram this week to officially confirm the news.

Cool Hand! Out! I’m officially retired after 8 ufc frights two performance of the night awards multiple records held in my division. And whipping everybody’s ass that was put in front of me. It’s been a great ride…thank you to all my coaches, friends, Family, and fans All this was for y’all. Many blessing, All the love guys

As Sanders mentioned, he won two $50,000 bonuses during his UFC career for his stoppage wins over Barao and Blanco. At his best, Sanders was a very exciting bantamweight who could finish his opponents. However, he was also inconsistent in the Octagon, which is why his record is just 3-5. To be fair to Sanders, his last fight against Colares was very competitive, but at age 35 and in a division full of younger fighters, the UFC decided it was best to move on from Sanders. As for Sanders, he also decided that right now is the right time to walk away from the sport. Overall, he had a good MMA career and he will finish it up with a 13-5 mark as a pro, with his debut coming in Strikeforce.

We here at BJPenn.com thank Luke Sanders for his great fights over the years and wish him the best in his future endeavors.